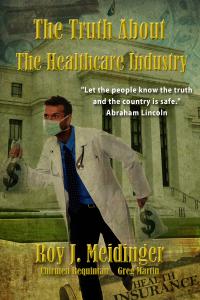 A Single Payer Healthcare System Will Bring Back Our Manufacturing Industry 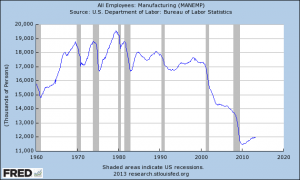 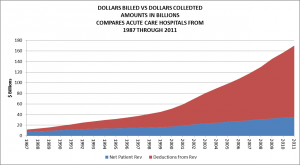 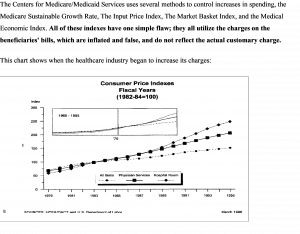 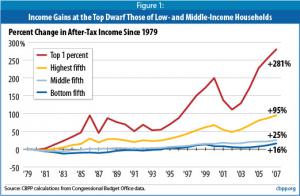 DISTRICT OF COLUMBIA, UNITED STATES, June 13, 2019 /EINPresswire.com/ — In order to rebuild our Manufacturing Industry, create manufacturing jobs, make greater profits, pay higher salaries, and give employees greater freedom, we must change our Healthcare Industry and the way we pay for it.

The United States cannot compete with other industrial countries because our manufacturing costs of goods is higher than their selling prices of a similar good. Our manufacturing costs have increased year after year during the past three decades because our national health care expenditures have increased during this same period, while the international competitors have maintained low health care expenditures. The reason is they are on a single-payer health care system while we are not. Our country's national healthcare expenditures are eighteen percent of the GDP on health care, while other industrial countries average about seven percent of gross domestic product. Our manufacturers incur the costs of healthcare into the price of manufactured goods, while our international competitors do not.

All manufacturers must sell their products at a price above their cost break-even line. Any cost incurred by a manufacturer is marked up a reasonable amount to set the selling price, cover taxes, cover product over-runs, and make a profit. For this discussion, I am going to use a forty percent markup.

Our country spends eighteen percent of the GDP on health care, while other industrial countries only spend six percent. Our nation used to spend the same percentage as other nations but that was prior to the industry giving secret kickbacks to the insurance companies for referring their insured members to the providers. When you mark up the eighteen percent by an additional forty percent, the total cost of the direct and indirect cost goes to about twenty-five percent of total manufacturing costs.

Since 1982 the health care industry increased its share of the GDP from seven percent to today's eighteen percent. Correspondently manufacturing industry decreased its share of the GDP from thirty-four percent to twenty-three percent. The healthcare industry adapted the restraint of trade practices, eliminating competition between parties. The actual competition was which provider was going to give the insurance companies the largest kickback in order for the providers to have access to the insured members.

As the manufacturing marginal costs became greater than the competitive prices of similar goods due to increased health care costs increases the companies closed and filed for bankruptcy. The Federal Trade Commission and the Department of Justice were negligent in not recognizing the harm one industry was doing to another industry. Our antitrust laws are not only meant to protect us from one company becoming dominant in one industry but also to protect another industry from being damaged by a rival industry. The DOJ did not even recognize the price discrimination between private-pay patients, the actual difference collected from uninsured patients and insured patients.

The legislative branch of our government got into the health care business in 1965 but failed to control the costs spent on health care. There is an axion that states: when the government goes into business it never fails but passes on its losses to the people by increasing taxes. This is what happened with Medicare and Medicaid. There was an early warning sign in 2006. The amounts listed on the beneficiaries' bills were causing problems. The General Accounting Office was charged with determining the costs for Medicare Part B hospital out-patient services. In their report to Congress it noted that if it would be allowed to recompute the Medicare Part A hospital in-patient services, Medicare could save seventy-two percent for this program. This fact was never acted on and completely ignored. Today, the could save figure would be closer to eighty-five percent.

To bring back our manufacturing industry, create new companies and increase production of manufactured goods for export, we must lower our national health care costs to that of other nations, which are now part of and paid for below the manufacturers' cost break-even points and move them above the cost break-even point; like other nations we must pay for health care out of profits. Not only health care costs but all costs employer pays associated with its employees, including Federal Insurance Contributions Act (FICA). Our international competitors have already done this and their goods are more competitively priced.

We can produce goods at lower prices than our international competitors. It is a fact we still have a high productivity rating, due to the adaptation of automation, a well-trained labour force, a very strong infrastructure supporting businesses and low energy costs. We have been investing in better technology and greater automation, but our international competitors have been investing in new technologies and automation. We have trillions of dollars waiting and looking for the coming of a second industrial revolution in the United States and a rebirth of our manufacturing dominance.

Lowering corporate taxes is a benefit to existing businesses, giving them a short-term profit. But, lowering taxes does not lower the cost of manufacturing because it only affects the revenues above the cost break-even line. The Congressional Budget Office has just revised the forecast downward for the creation of new jobs because of the latest tax refund legislation and increased the increase to the national debt from $11.5 billion to $13.5 billion for the next ten years.

When these recommendations for a single payer system and revised tax system are implemented there will be many changes taking place, some good and some bad. On the good side, everyone will be covered for health care, people with pre-existing conditions will be covered and people will have their choice of the healthcare provider. Employees with existing illnesses or disabling skills will be able to get jobs and hold on to them with their skills to produce. The money allocated to the employees for health care will be paid to them in the form of higher wages, about $10 thousand per employee, plus FICA taxes. The salary increase will be the biggest recorded in our nation's history while creating a huge consumer group flush with money. The 1.7 million bankruptcies personal bankruptcies due to health care costs will be eliminated. The 25 percent of administrative health care expenditures for billing and collecting will be eliminated. The national health care expenditure will be cut in half or lower. The trade deficit will be eliminated. The National Debt will be lowered. With universal healthcare, all employees will have greater freedom of choice of where they work and not have to worry about changing jobs with a loss of medical coverage. The state's Medicaid expenditures will be eliminated and should immediately be moved to offset the cost of free higher education, like every other industrial country.

On the downside, the bad news is: based on a comparison with the insurance companies' employees per capita of Canada 250,000 sales jobs will be lost, there is no need for salespeople; these sales jobs should easily be moved to the manufacturing industry. Taxes paid for The Federal Insurance Contributions Act (FICA) will be increased and a flat tax added to the corporate and personal income rates. The total FICA tax is 15.3%. That percentage is applied to the employee's gross pay. The employer and employee each pay 7.65%. Here is the breakdown of these taxes:

• Within that 7.65%, the OASDI (Old Age, Survivors, and Disability program, AKA, Social Security) portion is 6.2%, up to the annual maximum wages subject to Social Security.

• The Medicare portion is 1.45% for each employee, on all employee earnings.

The new amount of the flat tax will have to be determined by the General Accounting Office and should be added on all earned income tax levels, which will ensure all people pay their fair amount of taxes. The medical portion should only rise 3% to 4% raising each contribution to 10.65% to 11.65%. Included will be the governments' obligation to our military veterans. The rise in the amount collected for the new taxes will be far lower than each person's increase in income.

Our progressive personal income tax system is fair. We realize certain individuals will always make more than others, allowed to keep most of it which are a strong motivator for success. We also realize that when more is given to an individual under our capitalistic system, a strong financial system is required for maintaining our freedom, therefore in the short run more has to be given to the government for the maintenance of the country, maintenance of our capitalistic system and the benefit of its citizens who make it possible. In the future, we will pass legislation for the maintenance of a balanced budget. When the transition is finished, we must allow market forces to stabilize all industries and keep government interference to a minimum.

The country must make the changes advocated or we will be facing financial ruin. Manufacturing creates wealth. Without a strong manufacturing industry, we will become a third world country, with our main industry becoming agriculture. The cost of our products will keep rising because other rich nations will be buying our products and will inflate our costs.

Every candidate for Congress, no matter what party, must support these changes. Any candidate that does not support these changes should not be elected. This is a win, win situation for each party. We can create lower manufacturing costs, create new manufacturing companies and have universal healthcare coverage. It is our responsibility to notify our representatives what we want. It is our responsibility to make sure these changes are implemented.