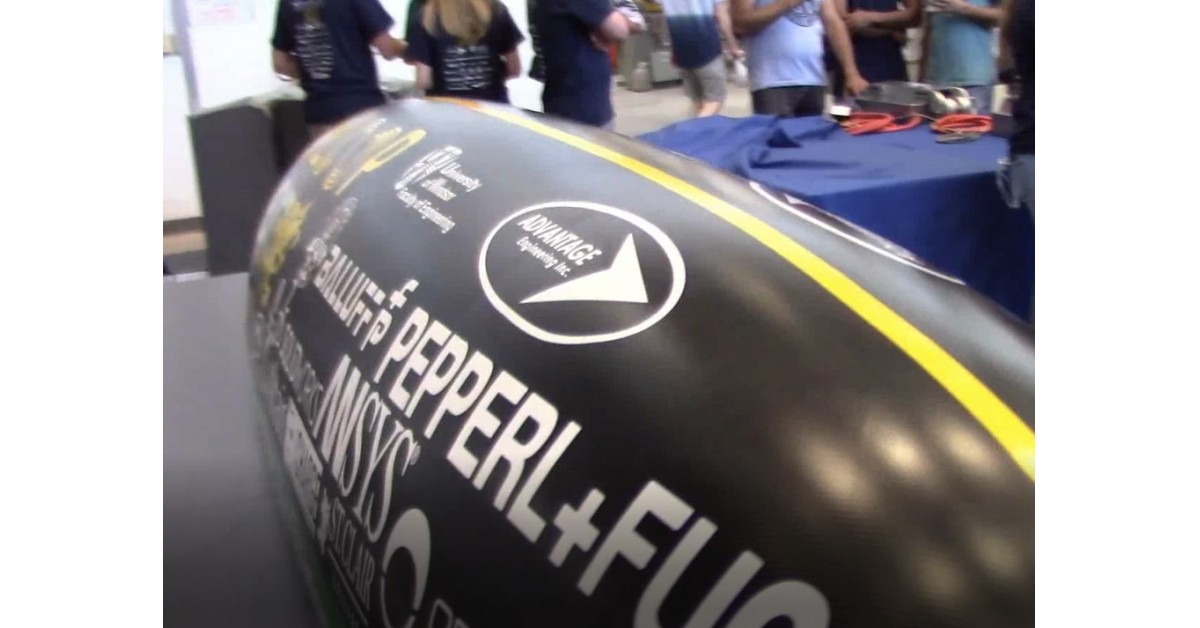 As a lead sponsor for Windsor's first-ever SpaceX HyperLoop finalist team — called uWinLoop — Advantage Engineering Inc. rose to the high-profile challenge by building and donating the pod's ultralight graphite composite shell. The uWinLoop team and their '3083LIM-1' pod will travel to SpaceX Headquarters in Hawthorne, California for safety and performance trials next week and then the final competition for top speed on the HyperLoop Test Track on Sunday, July 21, 2019.

As the builder and donator of the ultralight graphite pod shell, Advantage joined uWinLoop team members, mentors, parents, friends and other sponsors to unveil the ‘3038LIM-1’ at the University of Windsor last Friday evening.

“Advantage Engineering will work in unison with uWinLoop’s marketing team to closely follow and report on the team’s progress during the rigorous testing at SpaceX’s California Headquarters next week,” said Mr. Gravelsins. “And if all goes as planned, also at the finals to be held on July 21-21.”

“Advantage took our ideas and made them a reality,” added uWinLoop’s Team Shell Lead Patrick Pomerleau-Perron. “Throughout the entirety of the process Advantage cared about our vision, taking on one of the most difficult and expensive aspects of our dream, while still taking the time to mentor us. Without Advantage Engineering, we would not be the same strong competitors at SpaceX this month.”​

SpaceX announced the first Hyperloop Pod Competition in 2015. The competition’s goal is to support the development of functional prototypes and encourage innovation by challenging student teams to design and build the best high-speed pod. The first three competitions were held in January 2017, August 2017, and July 2018 and were the first of their kind anywhere in the world.

Based on these successes, SpaceX has moved forward with the fourth installment, with only 21 of 1,500 hopefuls making it to the final stretch of the 2019 Hyperloop Pod Competition.