Bitcoin crime is running rampant in the U.S., and new data shows America has, by far, the most perpetrators of cryptocurrency crime in the world. This year, though, law enforcement appears to be girding its loins for combat with an IRS crackdown and the provision of a new, accredited certification program for cryptocurrency investigation training. 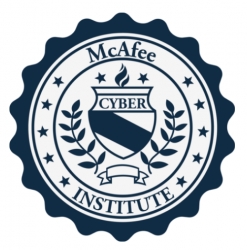 Chesterfield, MO, August 20, 2018 — Bitcoin has arguably confounded investors and speculators throughout the 2010s thus far because there’s no consensus on how it has managed to retain value. As of last year, researchers from the University of Cambridge published a study that found anywhere from 2.9 to 5.8 million different cryptocurrency users worldwide, most of them in Bitcoin, but some pundits call it a crypto bubble, predicting it has to crash sometime like the dotcom bubble of the late ‘90s or the subsequent housing bubble of the mid-aughts. Now, though, new research published this month has produced data that shows the U.S. alone accounts for over half of the entire world’s cryptocurrency crime.

The year 2018 marks the year that law enforcement in the U.S. appears to be getting serious about this, and an imminent crackdown seems to be mounting almost exactly as one pundit predicted last year would be necessary. Jason Bloomberg is a world-renowned expert on trends that cause upheaval in digital transformation and enterprise technology, and his perspective on cryptocurrency is multifaceted but perhaps best synopsized by his reference to Bitcoin as the “blood diamonds of the digital era.” He’s written about the real, unspoken reason why Bitcoin stays afloat. He wrote in Forbes in March 2017, “the underlying value of Bitcoin really has little to do with its artificial scarcity or popularity as a medium of speculation. On the contrary – the only reason Bitcoin has value to anyone is because of the underlying value as a medium of exchange for lawbreakers. If we could flip a switch and eliminate all illegal uses of Bitcoin, there would be nothing left of the cybercurrency.”

Cryptocurrency is the new tool of choice for money launderers, tax evaders and contraband transactions. Russian cybersecurity firm Group-IB – ranked the seventh cyber threat intelligence vendor in the world by Gartner in 2015 – conducted the new study in which they illustrated the global distribution of cryptocurrency exchange user accounts, and 56.1 percent were found to be in the U.S. compared to France’s 2.6 percent, Germany’s 3.2 percent and Russia’s 2.6 percent. The only country even comparable to the U.S. in this regard is the Netherlands with 21.5 percent. American law enforcement, however, has been outpaced by this innovation as criminals flock to it because cryptocurrency crime is such a new phenomenon that there’s never been a such thing as a certified cryptocurrency crime investigator until now.

The only prospective solution on the horizon is the technological innovation to which Bloomberg referred as the new mandate for U.S. law enforcement across the board, which is why the new Certified Cryptocurrency Forensic Investigator (CCFI) program meets an increasingly dire need. McAfee Institute, one of the world’s leading, international purveyors of professional certification in investigation and intelligence gathering, has stepped to the plate by offering this new certification program just this year – the first significant step in public or private sectors toward the optimal solution Bloomberg mentioned.

McAfee Institute’s governing board approves the certification curriculum of their specialized investigative programs, and the board is staffed by 32 practitioners and subject matter experts in various fields of investigation – police chiefs, military threat intelligence analysts, CIA operatives, district attorney investigators and private sector investigators from Microsoft, Northrop Grumman, eBay, Amazon and more. They’re now training and certifying eligible professionals in the intelligence and investigative sectors as CCFIs. Students can complete their coursework via a self-study, online program with video-based tutorials, live instruction and live investigation exercises for hands-on experience.

What Bloomberg was advocating in December 2017 in his role as a Forbes contributor, therefore, is now happening. “If the criminals choose to leverage innovative technology to facilitate their activities, then law enforcement must do the same.” Not only is law enforcement innovating but it’s also presenting a new means of career advancement for all kinds of investigators all over the country, which means workers in investigation fields, including IRS professionals even, are incentivized to join what amounts to a race to the front lines. Cryptocurrency crime, for that matter, will only continue to proliferate until law enforcement catches up, so it’s beyond reasonable to anticipate that cryptocurrency forensic investigation is the next frontier in the investigation space.