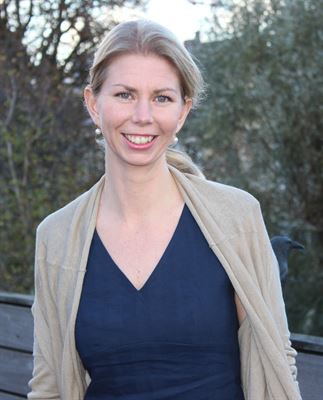 The board of directors has appointed Anna Sörelius Nordenborg as the new President and CEO of Internationella Engelska Skolan i Sverige Holdings II AB (IES or Internationella Engelska Skolan). She will succeed Cecilia Marlow who has been the Interim President and CEO since 21 January 2019. Cecilia Marlow will continue to serve as a board member of IES. Anna Sörelius Nordenborg will assume the role of CEO on 14 December 2019 at the latest.

Anna Sörelius Nordenborg has extensive strategic and operational experience of building up and developing organisations in rapidly growing businesses. Anna most recently served as Country Manager, Sweden, for Anicura, where she participated in the development of the company into one of Europe’s leading providers of veterinary care. Anna holds a Master of Science degree in Engineering Physics from the Royal Institute of Technology and her previous roles include Vice President Business Development at Sandvik Mining and Engagement Manager at McKinsey.

Birker Bahnsen, Chairman of IES’s board commented: “Anna has shown outstanding leadership and results in previous roles by creating a work environment where employees feel secure and know what is expected of them. Her method of working and leading, as well as her values, reflects exactly what IES is trying to create for the students in its schools. Anna’s experience in consolidating a fragmented market will also prove valuable for IES’s continued expansion in Sweden and abroad. We are delighted to welcome Anna as CEO.”

Anna Sörelius Nordenborg commented: “Education is one of the key issues in our society. It therefore feels enormously stimulating to have this opportunity to work for a school that is so dedicated to its students and so motivated to help everyone do their best, regardless of their background. I am impressed by IES’s culture and philosophy and am really looking forward to leading this important societal and entrepreneurial organisation forward.”

Birker Bahnsen adds: “I would like to thank interim CEO Cecilia Marlow for her great contribution during this transition period. Under her leadership IES has performed well in all aspects which gives Anna the very best starting point.”

Internationella Engelska Skolan i Sverige Holdings II AB (publ) discloses the information provided herein pursuant to the EU’s Market Abuse Regulation. The information was submitted for publication, through the agency of the above contact, on 17 June 2019 at 15:30 CEST.

Internationella Engelska Skolan, IES, is one of the leading free school operators in Sweden with some 25,600 students at 36 schools, and about 3,200 students at its schools in Spain.

IES Sweden operates schools for students in grades F-12. Its main focus is grades 4-9, what is often called “middle school.” Within the compulsory school system in Sweden, IES is the leading independent operator, with 17 of the 20 largest free schools. IES’s results on the national tests in grade 9 are far above average in Sweden.

Internationella Engelska Skolan was founded in 1993 and is in its 26th year of operation. Throughout this period, its schools have been defined by the three core convictions of its founder, Mrs. Barbara Bergström:

IES’s student base is in growing strongly. Over the past ten years, total operating income has increased organically by an average of 19% per year. In the most recent financial year 2017/18, which concluded on 30 June 2018, total operating income was MSEK 2,347.9, an increase of some 15% year on year. As of 31 March 2019, there were approximately 199,700 applications in the waiting list to secure a place in the Swedish schools for the current and forthcoming years.

Internationella Engelska Skolan has been listed on Nasdaq Stockholm Mid Cap, with the ticker ENG, since 2016. The largest (indirect) shareholders of IES are TA Associates of the US, which has close affiliations to leading universities and foundations in the US, and IES’s founder Barbara Bergström. At the end of May 2019, the 10 largest shareholders also included Paradigm Capital, Swedbank Robur fonder, the Third Swedish National Pension Fund, SEB fonder and AMF Försäkring & Fonder (owned jointly by LO, The Swedish Trade Union Confederation and the Confederation of Swedish Enterprise).