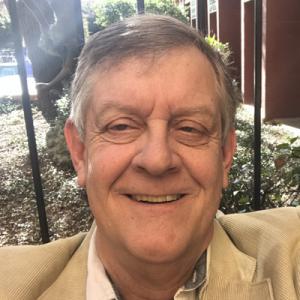 DALLAS, TEXAS, UNITED STATES, January 18, 2019 /EINPresswire.com/ — Some of the best books every written are based on true life stores especially when it resonates so deeply with readers. Writers who have the exceptional ability to touch us so profoundly are truly teaching us life lessons that stay with us for a forever.

Jeff is owner of the top notch publishing company LDDJ Enterprises and the author of several books such as Irving Titans a satire of the Dallas Cowboys of the 90’s, Guinnea Pigs of the 70’s and 80’s a humorous look back at all the new-fangled gadgets we got to test out and the heartfelt memoirs Why did Everything Happen and Love’s True Second Chance.

“When I was fourteen I dabbled in writing and had literally read hundreds of books,” says Jeff. “But it wasn’t until 2010 that I wrote my first book inspired by all my life experiences particularly love and loss.”

Jeff led a relatively unscathed life marrying just out of college and becoming the proud father of three beautiful children. Then he began facing a series of overwhelming misfortunes, from a jarring divorce to a jolting, devastating tragedy unexpectedly losing his partner and father to cancer. Utterly devastated, struggling to understand the heartbreak, life seemed to once again show promise when he was reunited with Debbie his high school sweetheart also divorced and the mother of two teenaged girls, who he hadn’t seen in over thirty years. But fate took another devastating turn when Debbie was diagnosed with breast cancer and after only seven months together his beloved passed away in 2009.

“To come to terms with my anguish I began writing Why did Everything Happen questioning the reason for my tremendous loss,” says Jeff.

Jeff affirms how with fearlessness and sincere unbridled love he and Debbie genuinely enjoyed the short time they had left together. Although the cancer had spread through Debbie’s entire body she wasn’t in a lot of pain till her final week when the disease finally took its toll on her.

“One of the most awe inspiring life lessons I learned is how second chances, like I got with Debbie, are definitely worth taking the risk,” says Jeff. “It’s absolutely fine to discuss previous mistakes but not dwell on them or remain bitter rather embrace a wonderful new beginning.”

What Jeff also discovered was a first-hand account of the emotional trauma a woman undergoes dealing with breast cancer. The fact that Debbie had a mastectomy leaving her with scars did not affect Jeff’s feelings towards her. Their love was more than physical, they were true soul mates.

“We were tremendously lucky to have one another,” says Jeff. “Debbie appeared to me a month after her passing and I can reassure people we will absolutely be reunited with our loved ones in Heaven.”

Jeff affirms that for any man whose girl has breast cancer it’s absolutely critical to be as supportive as possible not with pity but love.

“She simply needs your affection” says Jeff. “You don’t necessarily need to understand what she’s going through but only to love her with all your heart.”

This is especially significant if she has had a mastectomy and Jeff believes if you consider leaving her based on physical attraction then you really never belonged together in the first place.

“Love is worth finding the second time around,” says Jeff. “As long as you are connected you can get through anything.”

CUTV News Radio will feature Jeff Dawson in an interview with Jim Masters on Tuesday January 22nd at 4 p.m. EST.

Listen to the show on BlogTalkRadio.

For more information about our guest, please visit www.lddjenterprises.com