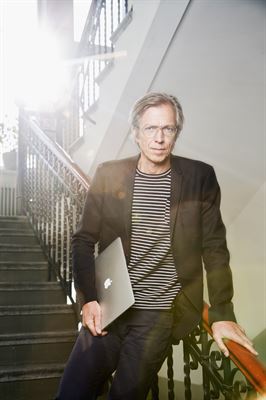 [PRESS RELEASE 2018-09-26] Obese mothers who lose weight through bariatric surgery can have safer deliveries. The positive effects are many, including fewer caesarean sections, infections, tears and haemorrhages, and fewer cases of post-term delivery or uterine inertia. This according to an observational study by researchers at Karolinska Institutet in Sweden published in PLOS Medicine.

Today, more than one in every three women admitted into prenatal care are either obese or overweight, and statistics from the National Board of Health and Welfare show that this is a rising trend.

“We know that obesity and overweight are dangerous in connection with childbirth,” says Dr Olof Stephansson, obstetrician and researcher at Karolinska Institutet’s Department of Medicine in Solna. “Bariatric surgery is by far your best option if you want a lasting weight reduction over time.”

The research group to which he belongs has made several studies of how bariatric surgery affects pregnancy and childbirth. This latest study compared deliveries in 1,431 women who had achieved considerable weight loss after bariatric surgery, with those in 4,476 women who had not undergone surgery. The women in the control group had the same BMI during early pregnancy as the experimental group had had before surgery.

The comparison was done using the Scandinavian Obesity Surgery Registry (SOReg) and the Medical Birth Registry. The positive effect is thought to be attributable to the considerable weight loss that these women have undergone, on average 38 kilos from the time of surgery to the start of pregnancy. At the same time, earlier studies show that women who have bariatric surgery run a slightly greater risk of pre-term delivery and having babies that are small for their gestational age.

“It’s therefore not as simple as just advising every woman who’s overweight to have bariatric surgery,” says Dr Stephansson. “But going by the results of this study, it has positive effects for mothers. More studies are needed in which we weigh up outcomes so that we can give a more general recommendation.”

The Swedish studies should also be complemented with similar studies in other countries, he says. Internationally, Sweden stands out in terms of the volume of bariatric surgery performed.

“Today, one per cent of all babies born in Sweden have mothers who have had bariatric surgery. It might not sound many, but this number is rising. When the women start to lose weight their fertility quickly recovers, so this too is improved by the operation.”

The research is patient-centred and conducted by people with different competencies, including obstetricians, nutritionists, surgeons and epidemiologists.

“Thanks to the fact that we combine good study design and method with proximity to clinic and patient, we can also conduct really good studies,” says Olof Stephansson.