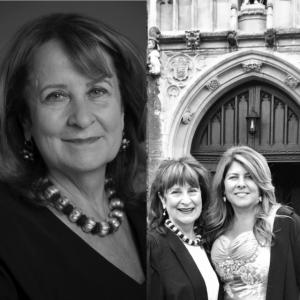 “Death Recorded” was like a sword of Damocles hanging over the head of a man. Sometimes it was not put into effect, but he lived in terror and sometimes it was still passed.”

NEW YORK, NY, UNITED STATES, July 5, 2019 /EINPresswire.com/ — In 2018 I was asked by Naomi Wolf to read her manuscript of her book, Outrages: Sex, Censorship and the Criminalization of Love, and to apply a legal practitioner's eye to the narrative and argument. I was asked to look for possible mistakes as to legal procedure in English law, legal language and use of case law, statutes and other legal material.

I am a criminal law practitioner and international human rights lawyer. I have practiced at the English Bar for over 40 years and have extensive courtroom experience. I am a Queen's Counsel and member of the House of Lords. I have been the Head of an Oxford College and I am now the Director of the Human Rights Institute of the International Bar Association. For example, I was recently the legal expert to the UN Rapporteur, who reported on the extrajudicial killing of Khashoggi. However, I should emphasize that I am not a legal historian.

I checked the statutes involved, including the Judgement of Death Act; I checked the case law referred to by the author and I checked Jowett, the famous legal dictionary. I never questioned the meaning of “Death Recorded.” I assumed it meant just that. That the death penalty was passed. I had no reason to think otherwise.
I think the assault upon Naomi Wolf is shocking. I also do not think it is wholly accurate, having discussed “Death Recorded” with a number of people who have made a study of the death penalty. “Death Recorded” was like a sword of Damocles hanging over the head of a man. Sometimes it was not put into effect, but he lived in terror and sometimes it was still passed. As my Scots mother would have said “only the English would devise ways of saying something in law but meaning something else.”

I still have no doubt that the 19th century saw a significant gear change in the use of law to criminalize homosexual conduct and the consequent ratcheting up of punishment. We visited these attitudes on British colonies around the world which had not previously criminalized homosexuality until we introduced such laws. There may have been moral repugnance about “unnatural acts” but it was not within the ambit of such laws. The interesting question is: why was there a perceived need to be more punitive through law at this particular time? This is Naomi Wolf's area of inquiry. That was what was new to me and I was very interested in her contention that patriarchal ideas about fear of sexuality and appropriate notions of what it meant to be male and female was the link.

I also detect a rather nasty British display of tall poppy syndrome here, which means the successful have to be bought down a peg or two. There may also be that old resentment at an American daring to take on anything British. But I am also sure there us a high level of sexism in the mix, with a dismissal of female scholarship and a territorial claim to certain subject matter.

I think Outrages is a book which will have a readership and the central argument is unchanged by this brouhaha.

Baroness Helena Kennedy QC, member of the House of Lords, is a distinguished criminal lawyer and has championed law reform for women