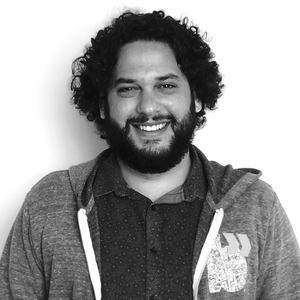 SALT LAKE CITY, October 12, 2018 – Today Blyncsy is pleased to announce the promotion of David Sacharny to director of systems engineering and development. For over two years, David has been with Blyncsy in the role of senior engineer and working to further develop Blyncsy’s embedded systems, software development and data science capabilities. David's contribution has allowed Blyncsy to quickly take the lead as one of the most innovative and cutting-edge technology companies in the world of traffic management, analytics and connected vehicles. Dave will lead the engineering and development efforts behind the next generation of Blyncsy’s systems and solutions.

Before joining Blyncsy, David spent seven years in the national defense industry managing thousands of requirements and designing embedded systems. David started his career working on critical safety systems for the Global Observer, a hydrogen-powered aircraft manufactured by AeroVironment. Later David developed Environmental Stress Screening (ESS) procedures, automated tests and embedded software for communication systems for unmanned aircraft such as the MQ-4C Triton, Gray Eagle and Hunter while working for L-3 Communications. David also designed real-time embedded software for manned-aircrafts such as the AH-64 Apache and U-2. David earned a BS in electrical engineering from Cal Poly, San Luis Obispo and he is currently working on an advanced degree in the field of robotics at the University of Utah.

David's contribution to the Blyncsy team, his technical abilities and expertise in sensor fusion and intelligence, have been invaluable to the company. We cannot wait to see him excel in his new role and help take Blyncsy to new heights.

Blyncsy is a tech start-up headquartered in downtown Salt Lake City, Utah. Through the power of big data and location analytics, Blyncsy helps its customers understand how connected devices are moving throughout an environment. Blyncsy's powerful platform assists departments of transportation, cities and other private and public entities to better understand the habits and trends of people.