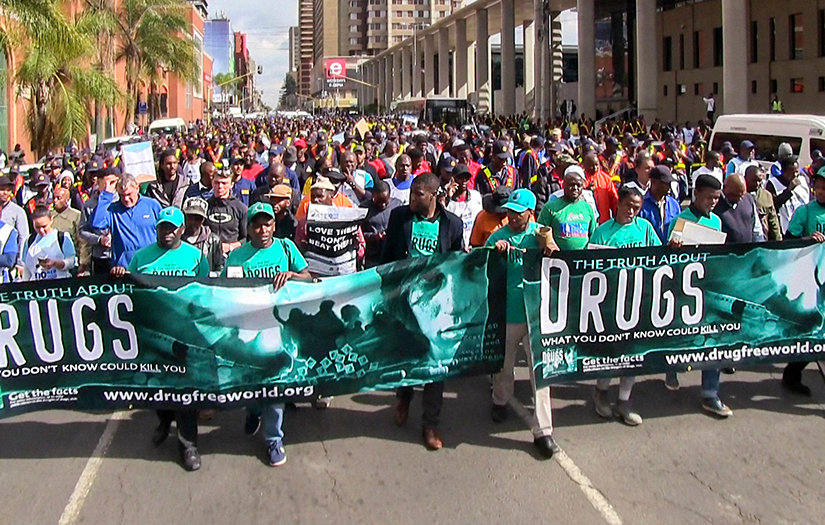 Foundation for a Drug-Free World celebrates International Day Against Drug Abuse and Illicit Trafficking by providing communities with the tools to combat drug abuse. To learn of its impact, Watch Voices for Humanity on the Scientology Network.

LOS ANGELES, June 25, 2019 – ​In cities across the globe, communities mark International Day Against Drug Abuse and Illicit Trafficking with drug prevention. And leading that drive is Foundation for a Drug-Free World.

In 1987, the UN General Assembly established June 26 as the day “to strengthen action and cooperation to achieve the goal of an international society free of drug abuse.”

The Foundation is making that goal a reality, one child at a time, with more than 118 million drug education booklets in 20 languages in 188 countries.

Educators using the program speak of its effectiveness: “I have heard back from parents saying their child came home from school, told them all about the lessons and that they were never going to use drugs,” said a middle school teacher. A driver’s education teacher spoke of its “appeal to both youth and adults.” After reading the booklets and watching the public service announcements, they “take the risk of drug use seriously.” “The ads were a favorite for the students,” said a high school teacher. “Thank you for such vivid images depicting the effects of drugs.”

Voices for Humanity episodes on the Scientology Network illustrate the impact of the program and how simple it is to use these materials to make a difference in the lives of children and teens.

The Foundation urges anyone wishing to make an impact on this international pandemic to take action. According to the UN Office on Drugs and Crime, every dollar spent on drug prevention can save up to 10 dollars in future costs.

Foundation for a Drug-Free World is a secular nonprofit corporation that empowers youth and adults with factual information about drugs so they can make informed decisions to live drug-free. The Foundation’s Truth About Drugs campaign is the world’s largest nongovernmental drug education and prevention initiative. The Church of Scientology and Scientologists support the Foundation, making it possible to provide these materials free of charge to community leaders, groups and educators for their use in dealing with this vital subject.