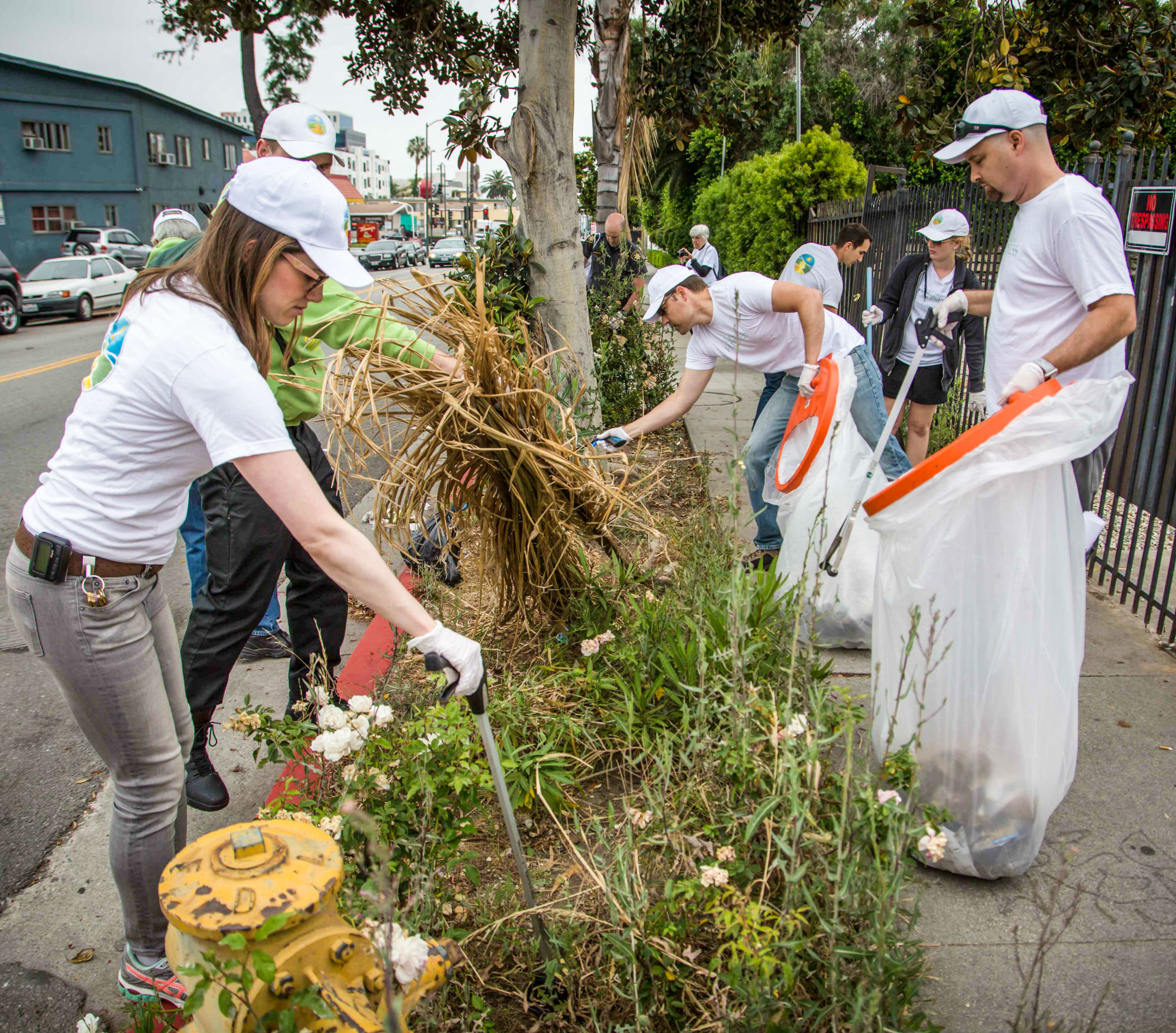 What better way to welcome summer than by sprucing up Hollywood with the monthly cleanup organized by the Church of Scientology in coordination with The Way to Happiness Foundation and the LAPD.

LOS ANGELES, June 20, 2019 – It was a beautiful day in Hollywood. Clear skies greeted the volunteers who gathered at the Church of Scientology Celebrity Centre and took off, armed with brooms, shovels and heavy-duty bags for their monthly neighborhood cleanup.

As part of the cleanup, Hollywood Village volunteers tackle local homeless encampments. According to the Los Angeles Times, some 1,300 people live on the streets of Hollywood.

“Homelessness is a serious issue,” said James, one of the volunteers. “These cleanups may not solve the problem, but at least we can help them live cleaner and happier lives while they get back on their feet.” To help them do so, volunteers hand out copies of The Way to Happiness, the common-sense moral code written by humanitarian and Scientology founder L. Ron Hubbard. And not just to the homeless. “I think everyone can do with a bit more happiness in their lives,” said James.

Those who have joined in the cleanup in recent months include Boy Scouts of America Los Angeles Team #8, Cub Scouts Los Angeles Team #88, USC International Academy, Hollywood High School Rotary Club and officers of the LAPD Hollywood Division. By hauling away trash and removing hundreds of contaminated needles from the streets, they have helped make Hollywood a cleaner and safer neighborhood where people can live, work and play.

Hollywood Village is a community initiative with the purpose of making Hollywood a beautiful, clean and safe place for all. Hollywood Village cleanups take place the third Saturday of every month. Those wishing to help should arrive by 9 a.m. at the Church of Scientology at 5930 Franklin Avenue. The cleanups are a partnership between the Church of Scientology, The Way to Happiness Foundation and the Los Angeles Police Department.