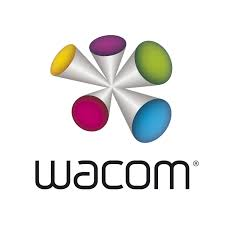 Certiport, a Pearson VUE business and the leading provider of performance-based IT certification exams that accelerate academic and career opportunities for learners, today announced Wacom as an official sponsor for the 2019 CERTIFIED Educator Conference and Adobe Certified Associate (ACA) U.S. National Championship. The events will be held in tandem in Orlando, Florida from June 17-19, 2019.

Wacom provides interactive pen displays, pen tablets, and styluses to equip and inspire everyone to make the world a more creative place. As a sponsor they will provide Wacom Intuos Pro S tablets for each of the ACA U.S. National Championship finalists.

“At Wacom, we love seeing students embrace their passion for art and design at a young age,” said Don Varga, VP Marketing – Americas, Wacom. “The ACA U.S. National Championship is a great way for up and coming talent to showcase their creativity and digital design skills on a national stage. The competitors are the designers of the future, and we can’t wait to see where the Wacom tools and their ACA certification will take them.”

Wacom will also interact with design teachers participating in the CERTIFIED Educator Conference, where educators come to network and learn more about the potential of technology certification in the classroom.

“We are excited to partner with Wacom at these events to connect them with digital design teachers and students,” said Ray Murray, Vice President and General Manager – IT, Pearson VUE. “Many of the ACA U.S. National Championship finalists will include freehand illustrations in their final projects and the Wacom tablets are an excellent drawing tool.”

Three ACA U.S. National Champions will then be named and invited to compete at the ACA World Championship (ACAWC) at the Marriott Marquis in New York City, New York July 28–31, 2019.

Certiport is the leading provider of learning curriculum, practice tests, and performance-based IT certification exams that accelerate academic and career opportunities for learners. Certiport provides certification development, delivery, and program management services through an expansive network of more than 12,000 Certiport Authorized Testing Centers worldwide. More than 3 million Certiport exams are delivered in 26 languages across 148 countries each year throughout the academic, workforce, and corporate technology markets. Certiport is a Pearson VUE business, and is a part of the world’s leading learning company, Pearson. To learn more, go to http://www.certiport.com.

“Certiport” is a registered trademark of NCS Pearson, Inc. in the United States and other countries. The names of actual companies and products mentioned herein may be the trademarks of their respective owners.