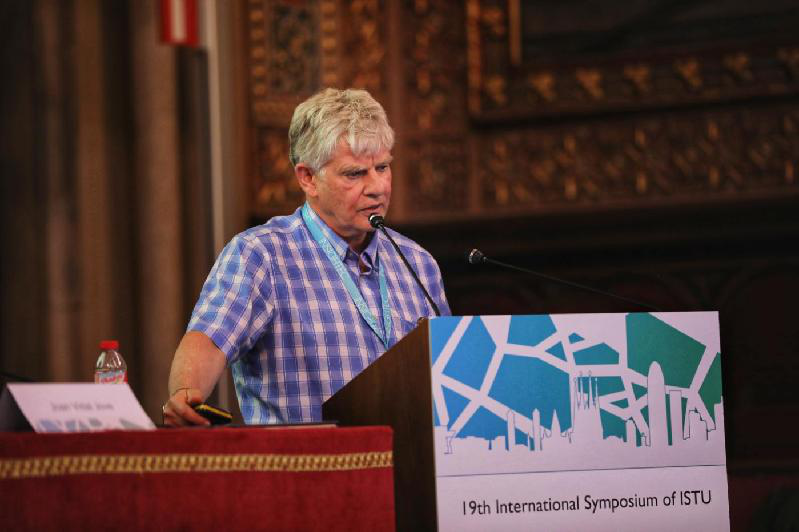 Shanghai, China — (ReleaseWire) — 06/17/2019 –Speech by David Cranston, President of the International Society of Minimally Invasive and Noninvasive Medicine and Director of FUS Center of the Churchill Hospital, Oxford University, UK

FUS is a noninvasive ultrasound treatment. The extracorporeal high-intensity ultrasound beams are concentrated onto the targeted lesion inside the body, forming a ultrasound focus where rapid temperature rise up to 60°C to 100°C is incurred, and thus eliciting irreversible coagulative necrosis of the target lesion without causing harm to the normal tissue, and without cutting or bleeding, and protecting tissues and structures, as well as the organ functions.

Gail ter Haar, one of the 8 founding members of the International Society for Therapeutic Ultrasound, interviewed by Reuters

Back in the 1850s, American scientists put forward the idea of focused ultrasound treatment. However, limited by imaging monitoring and other technologies, the attempt was ended unsuccessfully. In the 1980s, the research team of Chongqing Medical University in China, lead by Professor Zhibiao Wang, made the breakthrough and manufactured the world's first High-intensity Focused Ultrasound Tumor Therapeutic System, and thereafter established Chongqing Haifu Medical Technology Co., Ltd. (Chongqing Haifu Medical for short) to continue the development of the core technology and the clinical applications. This team has been honored with the Second Prize of  “State Technological Invention Award” and the Second Prize of “National Scientific and Technological Progress Award”.

Professor Lian Zhang highlighted that the cases of FUS for benign and malignant tumors treated by Chongqing Haifu Medical's Focused Ultrasound Tumor Therapeutic Systems, accumulated to 120,000 or so around the world, with about 2,000,000 cases of non-neoplastic diseases. Infertile uterine fibroids or adenomyosis patients after Chongqing Haifu's focused ultrasound surgery have given birth to more than 1,000 “HIFU babies” worldwide.

Since the importation of the FUS system from Chongqing Haifu Medical and the establishment of the FUS Center in the Churchill Hospital of Oxford University in 2002, clinical studies have been carried out on 10 indications, including liver cancer, pancreatic cancer, bone cancer, kidney cancer, breast cancer and uterine fibroids, said Professor David Cranston, the Chairman of the International Society of Minimally Invasive and Noninvasive Medicine and the Director of FUS Center of the Churchill Hospital, Oxford University, UK, when interviewed by China News. Chongqing Haifu Medical has developed a latest, non-invasive treatment approach, marking the arrival of the “non-invasive treatment” era for the above-mentioned indications. Besides, Professor Cranston cautions that the universal access to the “non-invasive treatment” will take time. Apart from the equipment and technology of Chongqing Haifu Medical, the Oxford HIFU team also use a French made transrectal FUS device to treat prostatic disease. Professor Cranston estimated that in the next three to five years, the FUS technology and clinical development will gradually mature to tackle more medical conditions.

The International Society for Therapeutic Ultrasound (ISTU) was established in 2001 in Chongqing, China, where its first conference was presided by Professor Wang Zhibiao at Chongqing Medical University, Chairman of Chongqing Haifu Medical and first Chairman of ISTU. Professor Gail ter Haar, a physicist studying the tissue effect of focused ultrasound, is one of the eight founding members of ISTU. When interviewed by China News, Professor Gail ter Haar told the reporter that non-invasive treatment is the advantage of FUS, and in most cases, the patient can be cured with one single-session of treatment, so that even the very weak patients are able to restore health and return home quickly. Professor Gail ter Haar commented that FUS is not a cure-all though. However, it has played a significant role in treating myoma of uterus and pancreatic cancer. Furthermore, radiotherapy, chemotherapy and other approaches can be performed in combination with FUS to reduce the dosage of radiotherapy and/or chemotherapy and the side effects. As one of the “non-invasive treatment” technologies, FUS does have incomparable advantages over others, and is of promising importance to bring medicine into the “non-invasive treatment” era. Chongqing Haifu Medical has made remarkable contributions in this regard.

Over 400 professionals from around the world attended this joint meeting. The directors from Chongqing Haifu Medical's international FUS centers of the Hospital Universitari Mútua Terrassa (HUMT) affiliated to the Universitat de Barcelona, the St. Marina Hospital of the Medical University of Pleven, Bulgaria, and the FUS Centers in Egypt and Korea shared the latest developments of Chongqing Haifu Medical's medical equipment and technology in the treatment of benign and malignant tumors. In HUMT, for example, among women treated by FUS for uterine fibroids and adenomyosis, 55 infertile women became pregnant and 43 “HIFU babies” were born.

Medical professionals like Professor Hugo C. Verhoeven, founder of the International Society for Gynecologic Endoscopy (ISGE), Professor Friedlich Gill, a prominent Austrian gynecologist, and Professor Kireki Omanwa, Secretary General of the Kenyan Obstetrical and Gynaecological Society, after being informed of the FUS of Chongqing Haifu Medical, all expressed their desire of receiving clinical training on this new medical technology in order to promote the technology to patients, doctors, government agencies, and social insurance agencies.

According to Rosie Xing, Professor of Chongqing Medical University and Director of International Academic Exchanges of Chongqing Haifu Medical, the High-intensity Focused Ultrasound Tumor Therapeutic Systems of JC Series have been CE marked and gained access to 33 countries and regions. More than 200 clinical application centers for the treatment of benign and malignant tumors have been established in 26 countries and regions. In the future, Chongqing Haifu Medical will build a number of international clinical demonstration bases and clinical training bases in Europe, East Asia and Africa, and exploit its originally-innovative FUS to offer “non-invasive treatment” for common people of the countries along the “Belt and Road Initiative”.