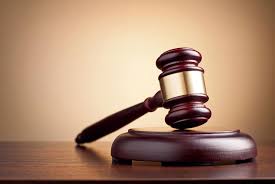 CARBONDALE, Colo., June 18, 2019 – Colorado-based injury advocate attorney Mark S. Rubinstein, P.C., knows all too well how dangerous it is for cyclists to be on the road. He has helped countless victims seek compensation after being struck by vehicles riding to work, school and around the city. “Providing our residents with bikeways means fewer accident victims in our city,” says Mark S. Rubinstein.

​​​​​​​​​​​Rubinstein applauds the City of Denver's recent announcement of its plan to add eight new bikeways in 2020 and a total of 125 miles of bikeways over the next five years. Thanks to the Elevate Denver Bond, the first set of bikeways received $18 million from voters.

Denver is a progressive metropolitan city and, like many other cities, residents need more ways to get to work, school and recreation. Vehicle transportation is costly and time-consuming and residents want more accessible ways to get around – including those that are better for the environment.

One popular option is biking. Whether it is to work or somewhere else, Denver sees plenty of cyclists on the road. However, these cyclists do not have safe bikeways where they can ride. Without bikeways, cyclists share the road with motor vehicles, which increases the risk for an automobile versus bicycle accident. According to the National Highway Traffic Safety Administration (NHTSA), 783 cyclists were killed by motor vehicles in 2017.

Injuries involving a cyclist and motor vehicle are often catastrophic and, unfortunately, the number of cyclists killed each year is on the rise according to Bicycling.com. More cities, like Denver, are recognizing these risks and adding bikeways to help bring down these numbers.

Most accidents between motor vehicles and cyclists occur because motorists do not see the bicycle. By providing bikeways and alternatives to sharing the road, cyclists no longer have to worry about drivers. Likewise, drivers are less likely to cause fatal accidents when they do not share the road with cyclists. The fear of a potential accident has caused more cyclists to turn back to using their vehicles. But now with these additions, Denver officials hope it will encourage people to use their vehicles less and their bikes more.

These bikeways provide a safer way for cyclists to get where they need without risking sharing the road with a vehicle. The official bikeway locations have not been announced, but community meetings will be held to determine their appropriate areas.

Mayor Michael B. Hancock says, “Our city’s transportation future must offer everyone more ways to get around using different modes.” He is right. The more safe options people have, the more they will utilize them. When cyclists know they have a safer alternative than sharing the roadway, they may opt for a bike over their vehicle – thereby improving the environment.