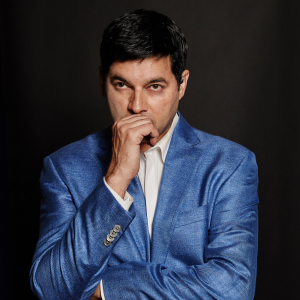 “Digital Distraction will be our next major health care crisis. These symptoms are subtle, emotional and slow building.” – Dr. Reef Karim

LOS ANGELES, CA, UNITED STATES, June 21, 2019 /EINPresswire.com/ — In an age of over-stimulation, online profiles and social media, our digital use habits may be changing the way our brains operate, and the discovered effects are quite worrisome. An international team of researchers from Western Sydney University, Harvard University, Kings College, Oxford University and University of Manchester have found that the Internet can produce both acute and sustained alterations in specific areas of cognition, which may reflect changes in the brain. This can affect anything from attentional capacities and memory processes to social interactions.

Accomplished neuroscientist, speaker, and life strategist Dr. Reef Karim has more than a few words to say on the topic. Not only is he a leading expert in human behavior, but he’s also dedicated his life to educating, entertaining and helping people understand themselves better.

“Digital Distraction will be our next major health care crisis. The reason we haven't heard more about the health consequences of digital media is because these symptoms are subtle, emotional and slow building,” states Dr. Reef, “But the impact is life altering; loneliness, disconnection, boredom, fatigue, distractibility, impulsivity, emotional reactivity, self-worth issues, diminished creativity, diminished originality, diminished empathy, less emotional resilience. Each of these symptoms can originate and grow because of one's attentional challenges, over-stimulation and reliance on online feedback for self-esteem/validation.”

In a first-of-its-kind review, published in World Psychiatry – the world's leading psychiatric research journal, the group of researchers investigated leading hypotheses on how the Internet may alter cognitive processes. The extensive report, led by Dr. Joseph Firth, Senior Research Fellow at NICM Health Research Institute, Western Sydney University and Honorary Research Fellow at The University of Manchester, combined the evidence to produce revised models on how the Internet could affect the brain's structure, function and cognitive development.

“The key findings of this report are that high-levels of Internet use could indeed impact on many functions of the brain… the Internet encourages us towards constantly holding a divided attention – which then in turn may decrease our capacity for maintaining concentration on a single task,” said Dr. Firth, “Additionally, the online world now presents us with a uniquely large and constantly-accessible resource for facts and information, which is never more than a few taps and swipes away.”

“Recent research reveals reductions in grey matter of the brain in areas focused on impulse control and decision making when an individual is too focused on the digital world,” Dr. Reef adds, “and research on the overuse of social media reveals significant changes in mood, stress levels and the ability to manage that stress. All of these potential changes in one's emotional health have significant effects on how one leads a good life. You're leading a more challenging life because of your digital habit imprinting and you probably don't even know it.”

The recent introduction and widespread adoption of social media is also of concern to some teachers and parents. The World Health Organization's 2018 guidelines recommended that young children (aged 2-5) should be exposed to one hour per day, or less, of screen time. However, the report also found that the vast majority of research examining the effects of the Internet on the brain has only been conducted on adults – and so more research is needed to determine the benefits and drawbacks of Internet use in young people.

To help with this struggle, a multitude of apps and software programs have emerged for restricting Internet usage and access on smartphones and computers – which parents and care givers can use to place some “family-friendly” rules around both the time spent on personal devices, and also the types of content engaged with. No matter the age, however, it’s clear that this “digital distraction” could become a disturbing trend as the internet becomes more and more prevalent in everyday lives over the next few decades.

Luckily, Dr. Reef may have a short-term solution before more research is completed on the subject. “As our technology grows, so should our focus on self care; it's imperative to not lose skills that help us feel connected and fulfilled. Solutions to combat a dependency on the internet and social media include any and all of the following: real life sociability (building emotional skills in person), experiencing the mental health effects of nature, experiential learning (retraining the brain to learn through experiences rather than a quick google search), novelty in one's life, mindfulness practice and creative growth and experiences (to generate collateral neuronal connections),” concludes Dr. Reef, “every one of us must realize the warning signs of becoming too dependent on the digital world as it is a primary and growing source of stress and can impact our psychological well-being and brain functioning. Our growing technology is necessary but it should come with a warning label.”

*Dr Reef Karim is a double board-certified psychiatrist, addiction medicine physician and relationship expert as well as a writer, host and media personality. He served as an Assistant Clinical Professor at the UCLA Semel Institute for Neuroscience, has published in prestigious medical journals on topics including self sabotage, mental health and addictions and is an international expert on the intersection of creativity, spirituality and neuroscience.