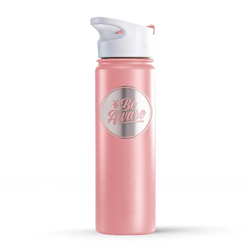 Every year in October, we are able to partner with our communities and make an impact on breast cancer awareness.

Dutch Bros Coffee is launching its annual #BeAware campaign in support of Breast Cancer Awareness month. For each custom “Be Aware” mug sold throughout October, Dutch Bros will donate $10 to the OHSU Knight Cancer Institute and Albie Aware.

“Dutch Bros wants everyone to live life to the fullest; that’s why it’s so important to us to support cancer research,” said Travis Boersma, CEO and co-founder of Dutch Bros Coffee. “The OHSU Knight Cancer Institute and Albie Aware do a badass job of fighting this devastating disease, and we are honored to help them in this way.”

The OHSU Knight Cancer Institute in Portland, Ore., is one of the pioneers in personalized cancer treatment and research. Its mission is to advance the early detection of cancer, when the disease is the most treatable, and end cancer as we know it. Albie Aware assists individuals in the Sacramento, Calif., area facing or fighting breast cancer by providing life-saving diagnostic testing, patient advocacy, prevention education and compassionate support.

Dutch Bros began raising funds for Breast Cancer Awareness month in 2013. To date, the company has donated more than $970,000 to the advancement of breast cancer research.

“We’re so grateful for Dutch Bros’ support, and for the generosity they have shown us throughout the years. Their partnership is deeply appreciated by so many,” said Rebecca DeBo, Senior Director of Cancer Fundraising at OHSU & Doernbecher Foundations.

To find a Dutch Bros location near you, visit http://www.dutchbros.com/locations.

In addition to its mission of speed, quality and service, Dutch Bros is committed to giving back to the communities it serves. Through its Love Abounds Foundation and local franchisees, Dutch Bros donates more than $5.8 million each year to causes across the country.