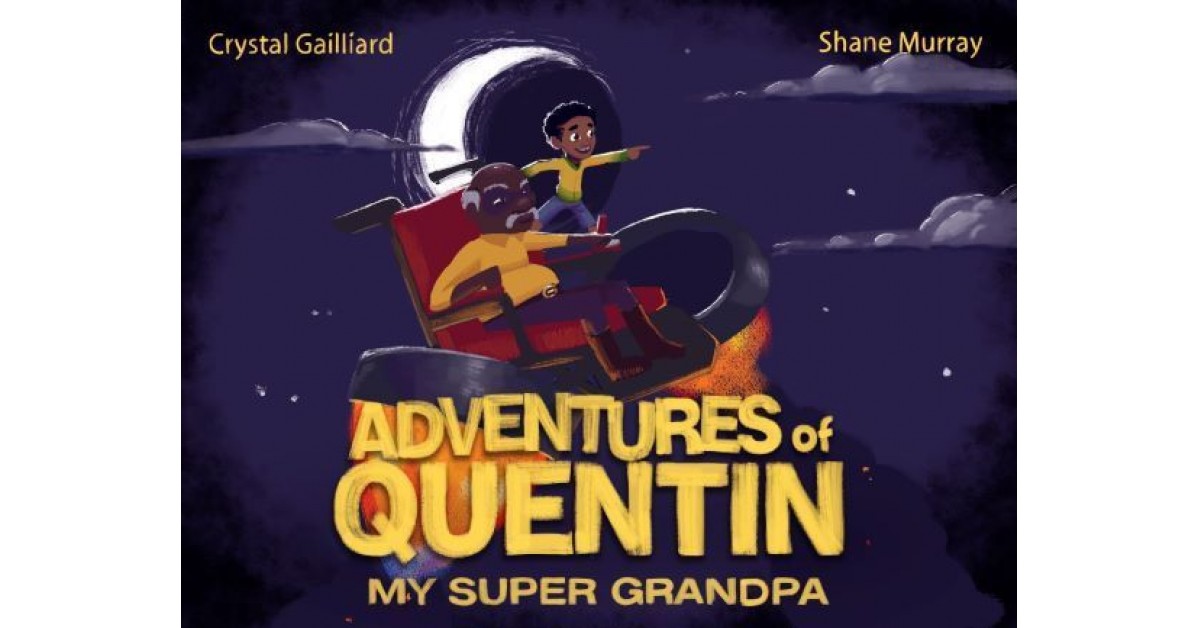 BOSTON, July 9, 2019 –  Sometimes the story behind a book is as captivating as the book itself. Such is the case with first-time author Crystal Gailliard’s children’s story, Adventures of Quentin: My Super Grandpa, which was released last month on AdventuresofQuentin.com. It is the first in the Adventures of Quentin series that takes young readers into the exciting imagination of a young boy, for whom even the simplest of outings turns to the unexpected and unforgettable. The books are appropriate for children ages 1 through 10.

My Super Grandpa is, in fact, based on the relationship between the author’s son, who is also named Quentin, and her father. In the book, as in life, Quentin’s grandfather has disabilities which, to Quentin, make him a superhero. In one scene, the grandfather’s wheelchair becomes a rocket-ship that blasts off into space, and throughout the story, readers get glimpses into the grandfather’s disability, explained through the eyes of a child. Each of the stories in the series incorporate subtle lessons related to topics like the importance of family and friends, disabilities and diversity, while also tackling themes related to making friends, going to school and dealing with change.

Shane Murray helps bring the story to life with his vibrant illustrations of Quentin and his grandfather’s wild exploits, with an assortment of characters that encourage boys and girls to let their imaginations run wild.

“My dad was in an accident that left him paralyzed when I was just 12. Eighteen years later, when I was pregnant with my son, Quentin, my dad became very ill but, against all predictions, kept going so he could meet and spend time with his grandson,” said Gailliard. “I was so inspired by their unique bond that I knew I had to tell their story, which was truly larger than life. And when my dad passed, the Adventures of Quentin Series was born.”

A Boston native, Gailliard earned her bachelor’s and master’s from the University of South Carolina and Full Sail University, respectively, where she studied public relations. She previously worked in the PR field before changing her focus to writing children’s books.

“I was fortunate to be raised by parents who encouraged me to use my, often overactive, imagination,” added Gailliard. “I hope children and their parents lose themselves in the whimsy and joy of young Quentin and his grandpa and then want to follow Quentin on the rest of his fun-loving adventures.”

For more information about the author, or to order The Adventures of Quentin: My Super Grandpa, go to AdventuresofQuentin.com.