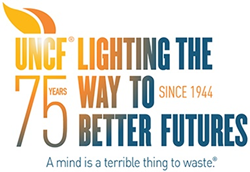 “UNCF has strived to change the HBCU narrative across the nation,” said Lomax, “Events such as the Charlotte Mayor’s Masked Ball raise awareness of our mission, equip more students of color with the resources necessary to transition into college, and graduate.”

“UNCF has strived to change the HBCU narrative across the nation,” said Lomax, “Events such as the Charlotte Mayor’s Masked Ball raise awareness of our mission, equip more students of color with the resources necessary to transition into college, graduate and ultimately expand and diversify America’s highly educated workforce.”

“Whether attending one of our local HBCUs such as Livingstone and Bennett Colleges, our goal is to build bridges that connect the next generation to a quality education,” said Tiffany Jones, area development director, UNCF. The economic benefits of Charlotte’s 10 HBCUs extend beyond the students they educate and are equally important to the communities they have serve for over 100 years. Generating $1.7 billion in total economic impact, and 15,663 jobs for the state of North Carolina.

This signature black-tie affair which includes, entertainment by The Hamiltones benefiting HBCUs and students of color, allows UNCF the resources to provide over $294,000 in scholarships last year to students from Charlotte.

For more information or to donate today, please visit: UNCF.org/Charlotte

About UNCF
UNCF (United Negro College Fund) is the nation’s largest and most effective minority education organization. To serve youth, the community and the nation, UNCF supports students’ education and development through scholarships and other programs, strengthens its 37 member colleges and universities, and advocates for the importance of minority education and college readiness. UNCF institutions and other historically black colleges and universities are highly effective, awarding nearly 20 percent of African American baccalaureate degrees. UNCF awards more than $100 million in scholarships annually and administers more than 400 programs, including scholarship, internship and fellowship, mentoring, summer enrichment, and curriculum and faculty development programs. Today, UNCF supports more than 60,000 students at more than 1,100 colleges and universities across the country. Its logo features the UNCF torch of leadership in education and its widely recognized motto, “A mind is a terrible thing to waste.”® Learn more at UNCF.org, or for continuous updates and news, follow UNCF on Twitter at @UNCF.