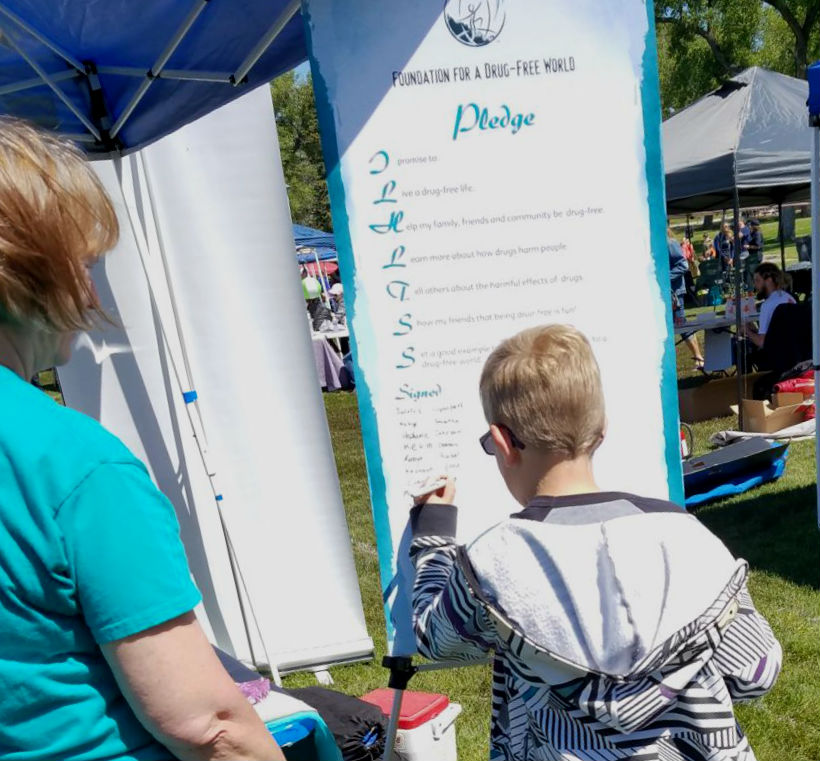 Foundation for a Drug-Free World volunteers reach out in Wyoming with effective drug education.

CHEYENNE, Wyo., June 26, 2019 – Wyoming ranks second in the nation for alcohol-related deaths. It has also seen a massive uptick in opioid, methamphetamine and marijuana use and abuse in recent years.

The recent bust of a Mexican meth cartel in Gillette also speaks to the growing drug problem throughout the state.

Volunteers from the Rocky Mountain chapter of Foundation for a Drug-Free World are reaching out with effective drug education to combat this crisis.

They set up their Truth About Drugs booth at Cheyenne Superday, an annual celebration for the entire family. They handed out copies of booklets on the most commonly abused drugs and invited kids to pledge to live drug-free.

They also attended the Wyoming School Resource Officer Association Conference in Rawlings, Wyoming. The  Association believes that by working as a team, law enforcement and education can identify problems and find solutions that make schools a safe place to teach and learn. To help them accomplish their purpose, Drug-Free World introduced those attending to the Truth About Drugs initiative and provided sets of the campaign’s booklets, videos and educator’s guides.

School resources officers (SROs) around the country are adopting the Truth About Drugs curriculum because of its impact. As one SRO explained, “It is great to be able to give the kids what they need for the future. As a police officer, you are usually at the end of the game with people. But with kids, you can start from the beginning.”

After the lesson, he has the class fill out a survey.

Anyone wishing to find out more or to receive complimentary copies of the drug education booklets and videos or the Foundation’s educator’s guides should visit the Foundation's website.

Source: Foundation for a Drug-Free World