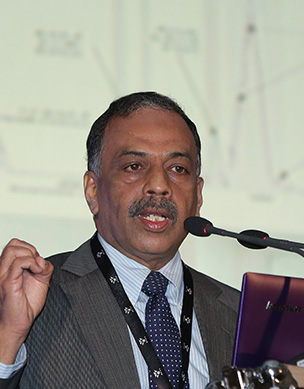 KUALA LUMPUR, Malaysia, January 11, 2019 – The Chief Executive Officer of Malaysian Palm Oil Council, Dr. Kalyana Sundram lambasted the World Health Organization (WHO) over a study that he found to be sensationalistic.

The study by WHO was reported by Reuters who introduced the story by saying that “the palm oil industry is deploying tactics similar to those of the alcohol and tobacco industries to influence research into the health effects of its product.”

Dr. Sundram accused the authors from UNICEF and United Kingdom academia of cherry picking their arguments against palm oil to create a sensational story. He was especially outraged by the association of studies on palm oil to those of tobacco.

“I find special offense against this association of an essential food product that provides millions of people globally with an affordable vegetable oil to a non-essential narcotic which is tobacco,” he said.

He went on to question why the World Health Organization did not live up to its mandate to provide leadership and clarity in the 1980s when palm oil was repeatedly said to be a potential health risk as its consumption soared.

“It was necessary for the industry to invest in scientific research to establish the truth behind the health impacts of palm oil. We, as stakeholders in the palm oil industry would have been thrilled if the WHO had engaged us as partners in research or at least helped us shape the research agenda.”

Research outcomes on palm oil in health and nutrition science journals have established that palm oil consumption at recommended levels of fat intake is not a risk for heart disease. According to Apical Group Ltd., “Palm oil is one of the seventeen edible oils possessing an FAO/WHO Food Standard under the CODEX Alimentarius Commission Programme.” It is also one of the most viable replacements for trans fats which the World Health Organization wants banned by 2023.

“We recognize the important role that the World Health Organization plays in ensuring safe foods globally. As much as we promote palm oil on social media where we have less obligations to be scientifically correct, we make sure that the messaging is factual, that red palm oil contains vitamins that are good for human health but even then, we promote the WHO message of moderation as we also believe any vegetable oil would be harmful when consumed in excessive quantities.”

The MPOC will write a formal Letter of Objection to the World Health Organization to register its disagreements with the study.

For media inquiries and more information: