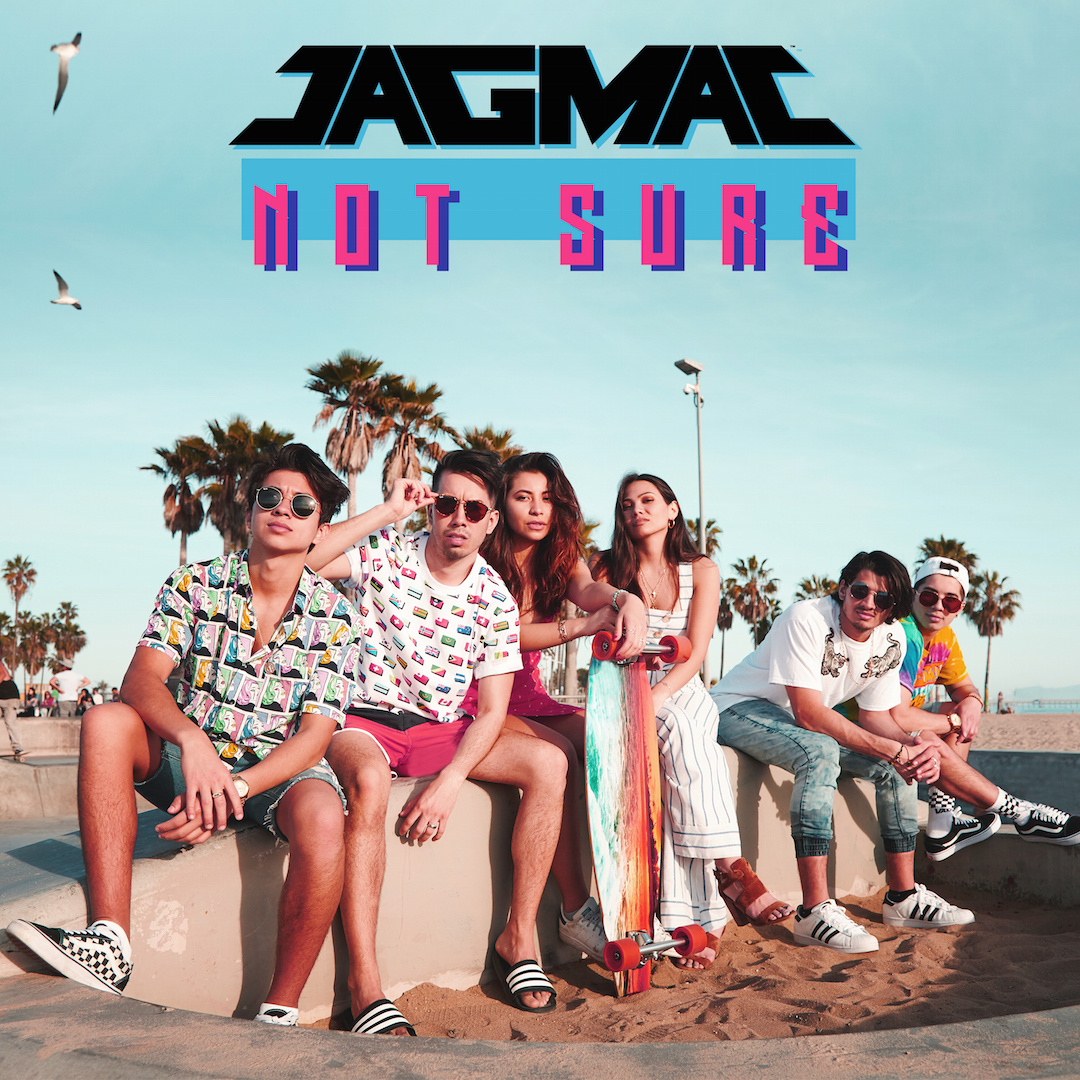 Following the exciting news of being named Radio Disney's “NBT” (Next Big Thing), JAGMAC is now announcing they are going on a nationwide tour with IN REAL LIFE from ABC-TV’s music competition series “Boy Band” and will be releasing their next single, “Not Sure.” The song follows “Right Back (With You),” JAGMAC’s hit single from this summer, and is another high energy pop track with an explosive hook, about relationships and how it's sometimes best to step back and check that your commitment is for real so that you don't waste your time or anyone else's.

“For this record, we wanted to do a mixture of 90's throwback meets today's current sound,” says CJ, the lead male vocalist in the six sibling group. “You'll notice the synth patterns being very old school. The verses are chill and laid back but when the beat drops, it hits hard. We want people to dance and have a good time when they hear ‘Not Sure’.”

JAGMAC, Radio Disney's Next Big Thing, Releases New Single, 'Not Sure' and Joins the 'Tonight Belongs to You' Tour in Support of 'IN REAL LIFE' from ABC-TV's 'Boy Band.'

JAGMAC gets its name from the first initial of its members: Jared, Angelique, Gabriel, Manjo, Alyssa and CJ. They have spent the last year writing and producing songs in the studio and are beyond excited to perform “Not Sure” and “Right Back (With You)” live on stage as the opening act for “IN REAL LIFE.”

“We met 'IN REAL LIFE' in Los Angeles earlier this year and then saw them again at the Radio Disney Music Awards,” CJ continues. “They’re a great group of guys, so when the opportunity came to tour with them, we jumped at it.”

“Every time we perform, it's another chance for us to grow as artists and individuals. Seeing all the different cities and meeting all the new fans is going to be incredible.”

The group of four brothers and two sisters enjoys a close relationship with their fans. Most of their songs are written with them in mind, containing inspirational messages meant to guide them through some of the trials and tribulations teens face today.

“Right Back (With You)” focused on the ups and downs of relationships and how true love always finds a way to balance itself out in the end. “Not Sure” takes the message a step further; cautioning listeners to take things slow and to be more mindful. Says Alyssa, “There are going to be times when you're not 100% sure about a relationship but feel that you’re in too deep. Sometimes it's best to put the brakes on so that you can make a wiser decision. We hope that our song may help someone out of a situation where they feel stuck.”

The siblings co-wrote “Not Sure” with Ramir Vincent. Jayme Sullivan and Tommy Hubbard produced. Every sibling is given the chance to shine in “Not Sure” but the sisters take on the pre-hook and hook and the passion in their voices really hit home the song’s powerful message.

Born and raised in Baltimore, Maryland, JAGMAC has become known for their catchy choruses, stunning vocals and remarkable dance routines. They sing, dance, co-write all their songs, choreograph their own moves and play musical instruments including the guitar, piano, bass and drums. Every member of the group also holds a black belt in Tae Kwon Do.

Since forming JAGMAC three years ago, the group has achieved many impressive accomplishments. In 2016, their single “So Good” hit the no. 20 spot on the Radio Disney Top 30 chart and that summer, they were the opening act for Little Mix's UK tour. Their next single “Soldiers” hit the no. 15 spot on Billboard's Hot Club chart.

Earlier this year, JAGMAC was named Radio Disney's “NBT” (Next Big Thing), joining an impressive roster of “NBT” alumni who have quickly grown to be some of today's biggest artists, including Shawn Mendes, Camila Cabello, Fifth Harmony and Alessia Cara. Their journey was featured in a series of exclusive “NBT” videos on Radio Disney, Disney Channel, the Radio Disney app, the DisneyNOW app and social media platforms. JAGMAC was also invited to perform on the Emmy Award-winning FX series, “Baskets”.

In addition to their shared musical aspirations, each sibling in JAGMAC brings his or her own spirit to the group. Jared’s biggest dream is to be the next Marvel superhero. Angelique is a painter and graffiti artist. Gabriel is a sports fanatic and Manjo is the group’s chef. Alyssa loves to be outdoors and CJ is the group’s “neat freak.”

JAGMAC’s “Not Sure” is available on iTunes and all major retailers and streaming services via Unitas Entertainment LLC.