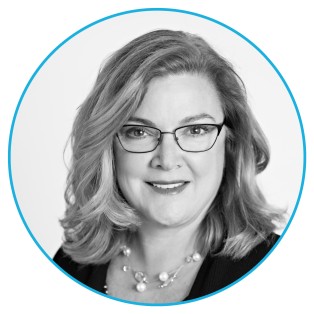 The 2019 Entrepreneur of The Year Mid-Atlantic win for Mobile Technology puts Parent in the running for the National Awards in November 2019.

As the world’s most prestigious business award for entrepreneurs, Entrepreneur Of The Year has been at the forefront of identifying game‑changing business leaders for more than 33 years. The program has honored the inspirational leadership of such entrepreneurs as Howard Schultz of Starbucks Coffee Company, John Mackey of Whole Foods Market Inc., Pierre Omidyar of eBay, Inc., Reid Hoffman and Jeff Weiner of LinkedIn Corporation and Mindy Grossman of HSN, Inc.

“I’m incredibly honored given the talent of the other entrepreneurs and finalists,” Parent said. “I feel so fortunate and blessed to work with people who come to work every day trying to prevent bad things from happening. We believe in our core that people are fundamentally good and given the opportunity and the right technologies during difficult and challenging circumstances people will do the right thing,” she said. “Prevention and employee-sourced risk intelligence is new and different to many industries. We couldn’t succeed at this mission without the courage and fortitude that the team at LiveSafe demonstrates every day.”

The Entrepreneur Of The Year program recognizes entrepreneurs who demonstrate excellence and extraordinary success in areas such as financial performance, innovation and commitment to their businesses and communities. It is the only competitive awards program in the world for entrepreneurs and leaders of high‑growth companies.

To be eligible for an Entrepreneur Of The Year Award, the nominee must be the manager or owner of a private or public company and be primarily responsible for the company’s recent performance. The independent judging panel includes previous award winners, leading CEOs, private equity and venture capital investors, and other regional business luminaries. Prior winners from Mid‑Atlantic include Honest Tea, Rosetta Stone, Under Armour, and Total Wine & More.

LiveSafe is deployed across the nation at Fortune 1,000 companies, government agencies, school districts, and universities. The Arlington, VA-based firm is advised by noted law enforcement and security leaders including Governor Tom Ridge and former New York City Police Commissioner Raymond Kelly and backed by investors such as Enterprise Investment Partners, L.P. (the personal investment vehicle for FedEx Chairman and CEO Fred Smith), and IAC, with participation from new investors Dave Duffield (founder and former CEO of PeopleSoft and Workday), Revolution’s Rise of the Rest Seed Fund, and GXPI (investment arm of Evergy, Inc.).

US companies currently spend more than $300 billion annually on legal fees, investigations, and lost wages stemming from workplace violence, theft, injury, misconduct, and more. The vast majority of post-incident investigations uncover signs and warnings that could have prevented the incident.