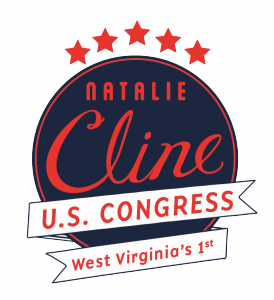 Democrat Natalie Cline announced today that she will seek election to the U.S. House of Representatives in West Virginia's 1st Congressional District.

Wheeling, WV – Democrat Natalie Cline announced today that she will seek election to the U.S. House of Representatives in the West Virginia 1st Congressional District. Natalie grew up in Williamstown, WV and is a graduate of Williamstown High School.

“I’m running for Congress because I believe in this country and our idealistic state. West Virginia has a long history of standing up for civil liberties – be it our secession from Virginia or the mine bosses in 1920. West Virginians are responsible for the very first unions this country would ever see and the teacher strikes that inspired the nation. It is time we take a stance again, and send a representative to Washington who will stand up for the values that this state expects and deserves.”

Natalie is a Computational Linguist with a background in teaching. She has a strong background in research and has a passion for social policies that benefit workers. Coming from a long line of proud, hard-working West Virginians, she has seen the American Dream come to fruition for previous generations, only to all but disappear for today’s West Virginia workers.

“Our district deserves an energetic and motivated representative who empowers residents, gives residents access to their government and fights to impose real penalties on companies who violate labor and environmental standards.”

Natalie currently works for a software company located in Herndon, VA where she specializes in software development that can automatically extract important information from any type of document in a variety of languages; primarily for the defense, intelligence and law enforcement communities. She earned a Master’s Degree in International Business Administration from Salem International University in Salem, WV and a Master’s Degree in World Languages, Literatures and Linguistics from West Virginia University in Morgantown, WV. Natalie currently resides in Wheeling, WV with her husband and 4 year-old son, Teddy.

Paid for by Natalie Cline for Congress