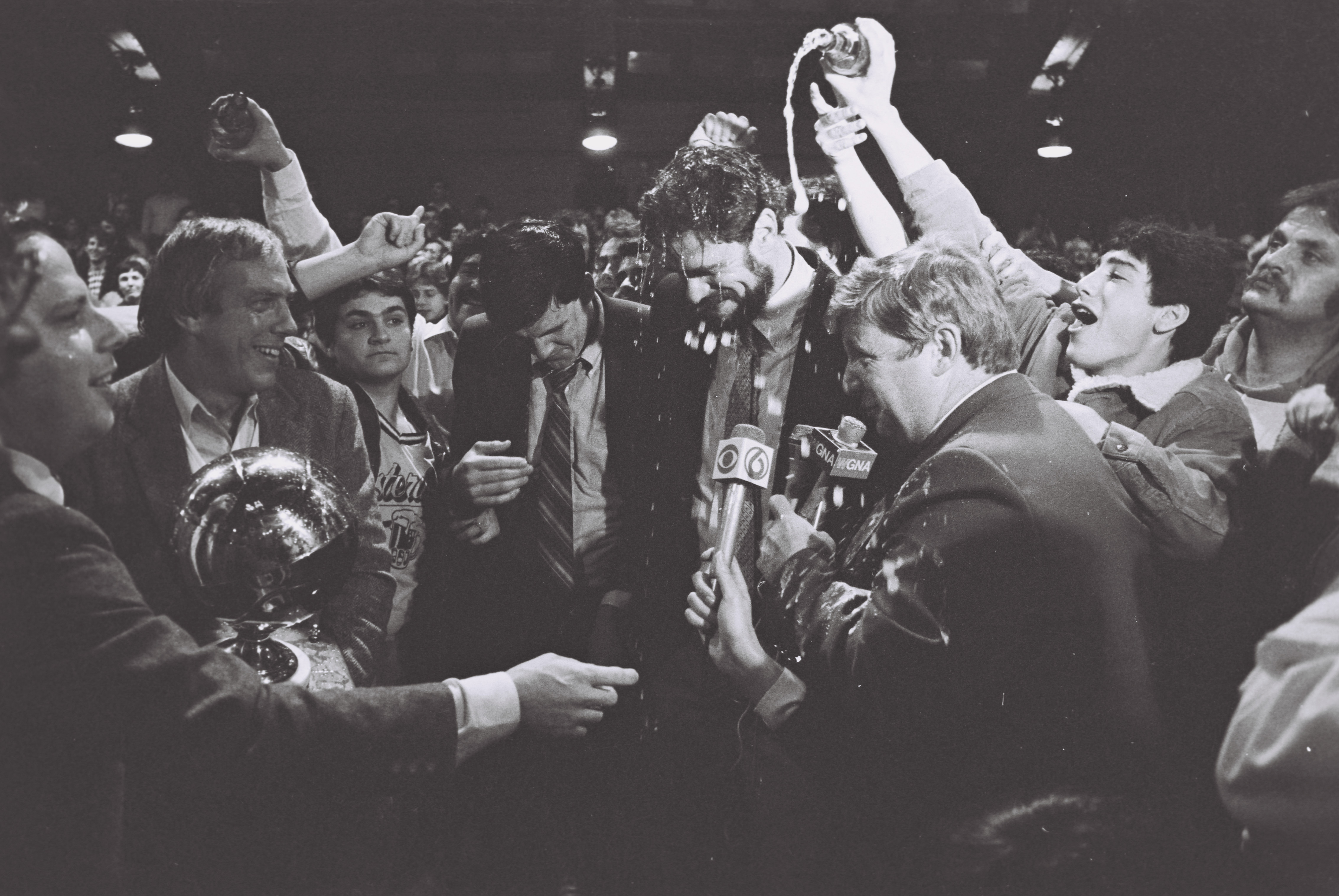 In 1984 Drucker, then the Commissioner of the Continental Basketball Association (CBA), presented its championship trophy to Jackson after his team, the Albany (N.Y.) Patroons won the CBA title. Three years later, Jackson joined the Chicago Bulls.

Drucker continued in the CBA until 1989, then became ESPN’s first Legal Correspondent and later the Commissioner of the Arena Football l League.

The Patroons were the jewel of the CBA. The Patroons launched the careers of coaches and players such as Phil Jackson, George Karl, Bill Musselman, Rick Carlisle, Scott Brooks, Tony Campbell and Mario Elie. The team energized the city and the league, helping Jim Drucker grow the 8-team CBA from a financially struggling regional league into the NBA's official development league, with $1 million NBA contract, 16 teams coast to coast, and an ESPN television Game of the Week.

Director of “The Minor League Mecca”

And whereas Jackson stayed in the sports world, Drucker jumped ship after 25 years to start, of all things, an online comic book store at the dawn internet retailing in 2000.

The documentary movie, “The Minor League Mecca” provides an insight into Drucker’s “first act” in the sport while detailing the history and success of the Patroons from 1982 to 1992, the pinnacle of pro basketball in Albany’s Capital Region. The film premieres Saturday in Albany.

“The Patroons were the jewel of the CBA,” said Brendan Casey, an Albany native, and the film’s director. “The Patroons launched the careers of coaches and players such as Phil Jackson, George Karl, Bill Musselman, Rick Carlisle, Scott Brooks, Tony Campbell, and Mario Elie. The team energized the city and the league, helping Drucker grow the 8-team CBA from a financially struggling regional league into the NBA’s official development league, with $1 million NBA contract, 16 teams coast to coast, and an ESPN television Game of the Week.”

The Patroons entered the CBA as an expansion franchise in the 1982–83 season and captured their first league championship in 1984. Another followed in 1988, this time under coach Bill Musselman who later coached the Minnesota Timberwolves.

“Albany marked a turning point for the CBA,” said Drucker. “It was one of our first teams to improve the league from a high school gymnasium-based ‘bush’ league into a first-rate, professionally-run league fit for the NBA. Jim Coyne, the team’s top-notch front office, and Phil Jackson, one of the five greatest coaches in my 12 years in the CBA, combined to make the Patroons one of the showcase franchises.”

The movie features never-before-seen interviews with Phil Jackson, George Karl, Rick Carlisle and Scott Brooks, each of whom achieved fame and success as head coaches in the NBA.

Meanwhile, in December of 1999, when Amazon’s Jeff Bezos was selected Time Magazine’s “Person of the Year,” Drucker followed Bezos into the then-speculative world of internet retailing. Today, his company, NewKadia.com is the world’s largest comic book store selling only on the internet.

The documentary started as a passion project for Casey, who grew up as an avid fan while attending Patroons and Siena games with his father. Casey began production in May 2015, working to document the history of the original Albany Patroons with locals who were associated with the franchise during its decade of success.

Before long, it mushroomed into a full-scale documentary including the biggest names in Patroons’ history who each told the story of how a hardwood court within the Washington Avenue Armory allowed them to reach new heights in their professional careers.

And for Drucker, in the 18 years since he left the sports world, he has grown NewKadia.com’s inventory from 850 comics from his childhood collection into an internet behemoth offering 750,000 comics to customers worldwide. With over 15 million shoppers visiting its website since 2000, NewKadia.com is now the most visited comic book store in the world that sells only on the internet.

Additional information about “The Minor League Mecca” is available at http://www.theminorleaguemecca.com

Additional information about Jim Drucker and NewKadia.com is available at http://www.NewKadia.com.