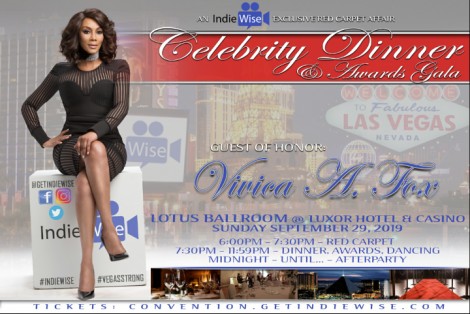 LOS ANGELES, June 27, 2019 – ​When Jarrod Knowles made the decision to invest in educating and empowering indie filmmakers and artists over five years ago, with the launch of getindiewise.com, he could never have envisaged the impact he would have on so many. Knowles, like countless others, had a passion for film and music and believed he could make a significant impact on the indie film and music landscape.

“I was first and foremost inspired by God to take the leap into the film festival world, in order to give amazing opportunities to others, instead of solely focusing on my own selfish pursuits,” Knowles exclaims.

“That’s when I founded IndieWise – a platform for those aspiring to excel in film and music, where they can become better-informed practitioners through the education, exposure, inspiration, and resources for distribution that we provide. IndieWise is all about aiding the next generation as they seek to express their artistic voice in film or music,” Knowles said.

Running 6 days, from Sept. 24-29 in Las Vegas, Nevada, IndieWise is a must-attend event for anyone with ambitions in film or music, who are ready to take that next important step. IndieWise is a revolutionary event, where filmmakers, artists, and art lovers can expect: Q&A with the filmmakers, a VIP Red Carpet Dinner Gala, live with Vivica A. Fox, film screenings, celebrity appearances, tours, workshops, master classes and more.

“Furthermore, we will be screening up to 500 films, attracting nearly 1200 filmmakers, artists, and industry professionals from around 80 countries,” Knowles said.

IndieWise has confirmed celebrity guest of honor Vivica A. Fox. Ms. Fox will be honored with a Lifetime Achievement Award for all her outstanding work in Hollywood and Indie film.

The real question, as an aspiring filmmaker or artist, is not “why should you come?”, but rather, “can you afford not to come?”