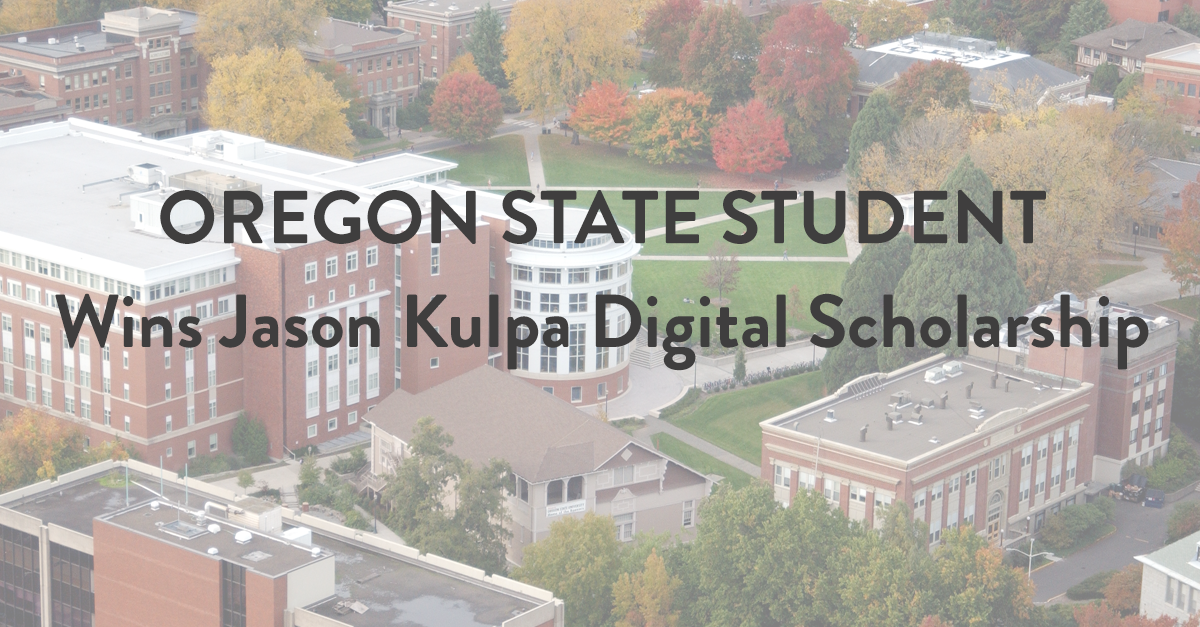 SAN DIEGO, September 13, 2018 – Jason Kulpa, Founder, and CEO of UE.co, is pleased to announce the winner of The Jason Kulpa Digital Scholarship. This year’s winner is Lucas Garvey, a student at Oregon State University.

To qualify for the scholarship applicants were asked to write a 500-word essay on the topic, “How can the world benefit from the growth and expansion of digital and social media?” Garvey's entry spoke the to the importance of digital media in a time of emergency: “One of the best ways digital media has been used is to raise awareness and support for victims of crisis. For example, during Oregon's many wildfires last year, digital media was able to raise money for those who lost their homes and thank those who risked their lives to put them out.”

I wish him the best of luck with the rest of his collegiate career at Oregon State and look forward to seeing his impact both digitally and through his work in his community.

The Jason Kulpa Scholarships began as financial tools for young entrepreneurs to achieve their dreams at a time when the average college education costs around $50,000. Kulpa hopes his scholarship series will encourage other entrepreneurs to empower young students in the journey through tuition scholarships.

“Lucas Garvey has a bright future and clearly cares about those around him,” said Jason Kulpa. “I wish him the best of luck with the rest of his collegiate career at Oregon State and look forward to seeing his impact both digitally and through his work in his community.”