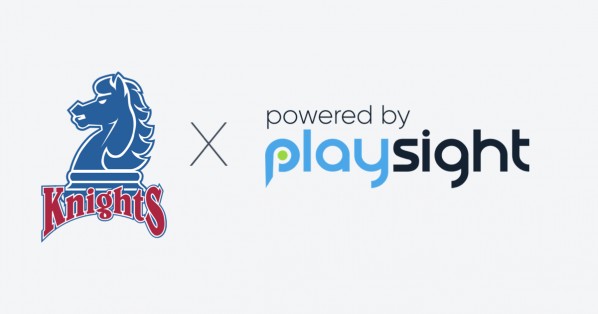 TEANECK, N.J., May 28, 2019 – ​​​​This past season was a memorable one for the FDU Knights basketball program, as they capped off a strong campaign with a March Madness appearance – just the sixth in school history. The Knights won their last eight games of the season and a Northeast Conference title along the way.

It was also the program’s first season equipped with PlaySight’s SmartCourt technology. The Knights utilized PlaySight’s connected camera and automated AI system to enable easy recording of all game and practice video, to break down video with players, and take their on and off-court performance analysis to the next level. PlaySight technology is also used by several NBA teams – the Golden State Warriors, Boston Celtics and Detroit Pistons, among others – and many across the NCAA, including North Carolina, Oklahoma and Wake Forest. PlaySight’s SmartTracking AI software gives FDU and other schools the ability to capture and follow all on-court player and ball action without the need for a cameraman or operator.

Darius Stokes, Director of Basketball Operations for FDU, saw an immediate impact on the team and its student-athletes. “Our first year with PlaySight has been tremendous. I think it made a huge impact on our program with player development.” Like most college teams, the Knights have limited technology and manpower resources, and having a video platform enabled them to focus more on coaching and less worrying about the video capture process. “My favorite part is having film readily available right after a game or practice and not having to worry about setting up cameras. I press record and do not have to worry about anything else. PlaySight does all of the work.”

With the PlaySight app, the Knights coaches were able to quickly and easily cut up and share specific video with the team and individual players. “Our players loved having PlaySight. They were able to watch film from practice and games right on their phone following the practice or game.” With limited on-court practice time, this was another way the team used the technology to increase efficiencies.

Associate Head Coach Bruce Hamburger is a big believer in video and used PlaySight in a variety of ways with the team. “Video is a huge component of our opponent scouting and our self-evaluation of our team. We use video on a daily basis in order to show our team what is happening on the court. It’s one thing to talk to your players about what they are doing, but to show them video from multiple angles allows them to see what we are telling them.”

Even though it’s now the off-season for the Knights, the work never stops for the coaching staff. Hamburger and his staff are already using PlaySight with incoming players and in the recruiting process. “When our players are in summer school, we will use PlaySight to help the incoming freshmen learn our system of play. We will teach them how to watch video as they watch themselves in practice and skill work sessions. We also use PlaySight in the recruiting process as we watch video with our recruits and show them how we play and how they will fit into our style.”

“It is great to see our technology validated by collegiate basketball, and FDU’s impressive season was exciting for our company to follow along with,” said PlaySight CEO Chen Shachar. “We have some exciting new features coming this off-season, driven by our Smart AI sports platform. The goal for us isn’t just to release new technology and innovations for the sake of it, but to use AI and other new and exciting advancements to build tools that enable the next generation of athletes to practice smarter and perform better – across basketball and all sports.”​