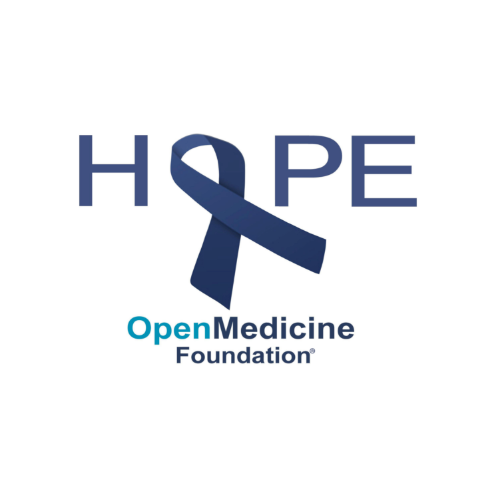 LOS ANGELES, June 18, 2019 – ​​​​Open Medicine Foundation, the world’s leading nonprofit fundraiser for research to cure ME/CFS, joined forces with Lev Leyztan, dedicated to healing through the arts, for the Hope & Heart Unite for ME/CFS campaign to build awareness and raise funds for curing a debilitating disease affecting 20 million around the world. The goal is to raise $50 this year to support the ongoing work of OMF’s research team, which includes two Nobel laureates and five members of the National Academy of Sciences, at its research centers at Stanford and Harvard universities, as well as at Uppsala University in Sweden.

According to the National Academy of Sciences, “ME/CFS is a serious, chronic, complex and multisystem disease that frequently and dramatically limits the activities of patients.” ME/CFS could strike anyone at any time. There are no diagnostic tests; no FDA-approved treatments; and no cure. Some of the more common symptoms might include profound fatigue; post-exertional malaise; unrefreshing sleep; cognitive impairment; incapacitating migraines and dizziness; orthostatic intolerance; and widespread pains and chronic infections.

The Hope & Heart Unite campaign has elicited poems and art submissions from people in 17 countries, and more than 2,000 people voted on the 130 entries to select the poem “Even Though,” by Laurie Glass, herself afflicted by ME/CFS, or myalgic encephalomyelitis/chronic fatigue syndrome. In addition to the poem and art, the campaign culminated with an original song, “Keeping the Hope,” composed and sung by Maxwell Elefant and 95North (aka Joseph Linzer).

The cover art, “Moon Tide,” a brightly glowing moon emerging from a darkened sky – a fitting image for hope – was submitted by patient and artist Isabel Butler, of the United Kingdom.

To read the poem, view the artwork, and listen to the song, go to OMF’s Youtube channel at: https://youtu.be/sFd-cLUirUI

And to donate to the campaign to end the disease that affects millions of people, please donate here at OMF.ngo.

Founded as a nonprofit in 2012, OMF has raised over $18 million to fund ME/CFS research and increase public awareness. OMF’s funded research is overseen by a renowned Scientific Advisory Board, including two Nobel laureates and five members of the National Academy of Sciences, directed by Ronald W. Davis, Ph.D., Director of the Stanford Genome Technology Center. www.omf.ngo​

Lev Leytzan: The Heart of Therapeutic Clowning (HTC) was founded in 2004 and delivers therapeutic clowning to tens of thousands of children and adults in hospitals, nursing homes, hospices, orphanages, and private residences across the U.S. and in eastern Europe and the Middle East. The nonprofit collaborates with medical and mental health professionals and circus artists to create a rigorous training program that prepares dedicated individuals in the art of therapeutic medical clowning. Lev Leytzan’s Mind Body Institute has been working closely with medical teams to provide health through expression. www.levleytzan.org