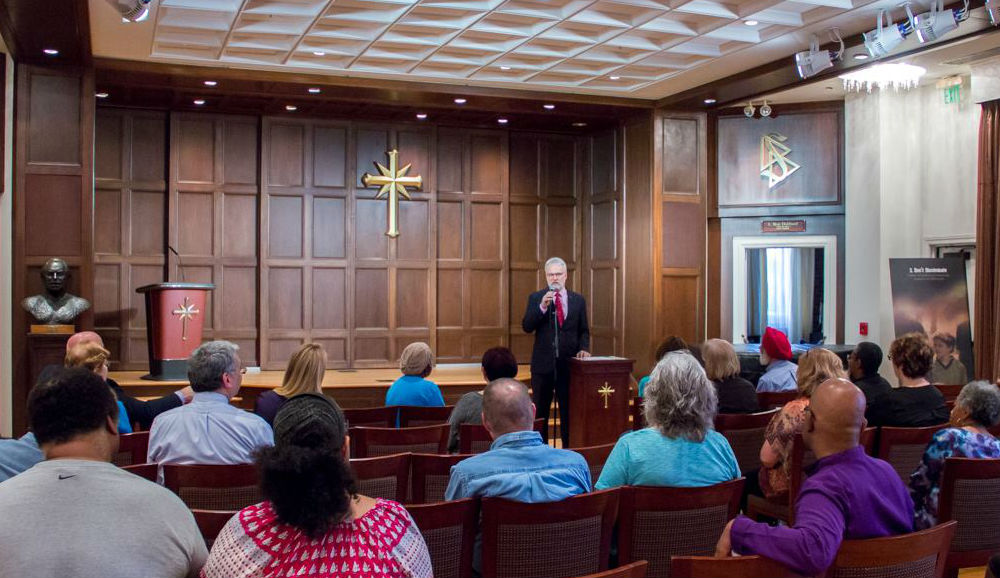 NASHVILLE, Tenn., September 27, 2018 – Tennessee United for Human Rights, and the Nashville Church of Scientology, held its fourth annual Celebration of International Day of Peace, with a large number of religious and cultural leaders bringing words of peace from their respective traditions and backgrounds for an event titled “Speak Your Peace.”

Tennessee United for Human Rights (TUHR) promotes human rights education to combat ignorance and make peace a reality by increasing awareness of human rights. In this 70th anniversary year of the Universal Declaration of Human Rights, TUHR brought together people of many faiths to share words of peace.

“I am proud that we were able to bring together a multicultural, multifaith community of people who could speak about peace on a human level,” said Rev. Brian Fesler, pastor of the Nashville Church of Scientology and regional coordinator for Tennessee United for Human Rights.

As reflected in the religious readings presented by the many religious leaders participating in the program, peace is a unifying message shared by all.

TUHR is a chapter of United for Human Rights, formed on the 60th anniversary of the Universal Declaration of Human Rights to provide human rights resources and educational materials to all sectors of society.

The Church of Scientology and Scientologists support United for Human Rights, and its program for young people, Youth for Human Rights, the world’s largest nongovernmental human rights education campaign, reaching out in 195 countries in 27 languages and embraced by thousands of activists, officials, groups and organizations. Their support of the initiative is inspired by Scientology Founder L. Ron Hubbard’s conviction that “It is vital that all thinking men urge upon their governments sweeping reforms in the field of human rights.”