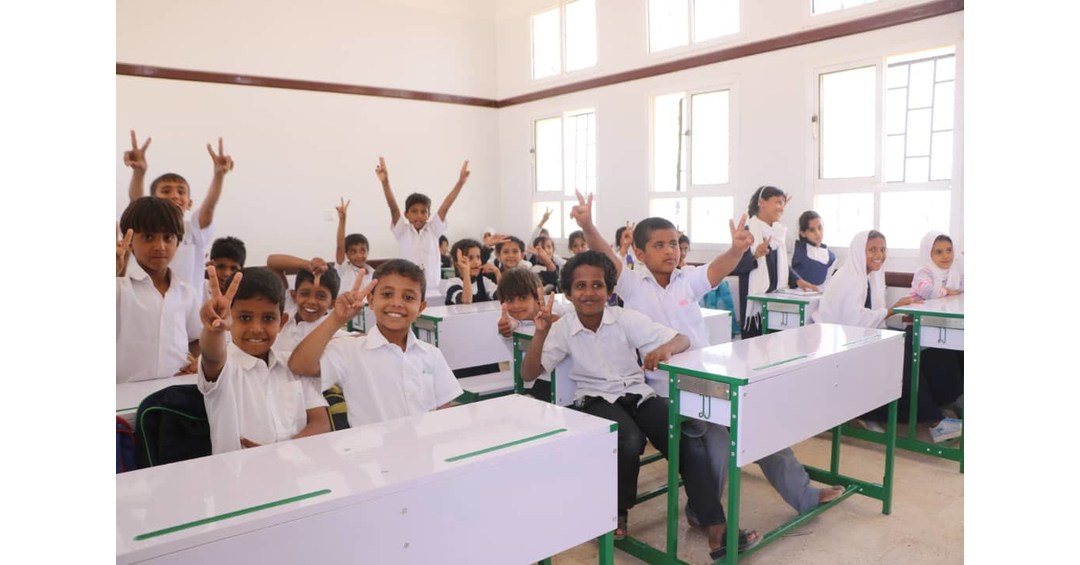 The delegation of SDRPY officials and Yemeni dignitaries first inspected the ongoing renovations at Nishtun port. A recently delivered, 30-ton ship-to-shore crane will allow the port to handle large 40-foot shipping containers, facilitating the flow of imports and exports. The renovations will also support the SDRPY oil derivatives program which, in the last quarter of 2018, delivered USD 180 million in diesel and mazut to the government-controlled provinces of Yemen (Abyan, Aden, Hadhramawt, Al Jawf, Lahij, Al Mahra, Marib, Shabwa, Socotra, Taiz).

The group next visited the groundbreaking for three schools in Qishn, Rahan and Sayhout, while delivering thousands of books and desks to seven other schools. The school supplies will reach an estimated 12,000 student-beneficiaries. This is the second round of book distributions since December, when the Kingdom of Saudi Arabia delivered nearly 200,000 schoolbooks to 150 schools throughout the province.

The inspection tour also encompassed several recently built greenhouses, which will provide farmers with increased income and consumers with increased access to healthy, locally grown foods, decreasing reliance on aid. In addition, they visited dozens of recently dug wells which feed into a comprehensive water distribution network. Both projects represent an important step in increasing public health and nutrition in Yemen.

While ensuring access to clean water and locally grown produce is an important step to creating a healthier population, adequate nutrition must be complemented by comprehensive health infrastructure. In this regard, construction of the King Salman Medical and Educational City will fill a major gap in public health needs, providing the sick with access to a 300-bed state-of-the-art hospital and future practitioners with a first-rate training program. The delegation will survey the site, which has been selected and staked for construction.

In the opinion of one Yemeni, Salim Muhammad al-Mahri, “I cannot tell you the numbers and the figures on the projects, but what I can tell you is what I've seen here in Mahra; I've seen people excited that building and investment are finally taking place in a part of Yemen that has long been neglected.”

According to Mohammed bin Saeed Al Jaber, Saudi Ambassador to Yemen and SDRPY Supervisor, “Health and education are pillars to any successful society, and I am therefore proud to announce that Saudi Arabia has now printed nearly half a million textbooks for schoolchildren in Yemen.” He added, “Actions speak louder than words, and our investment in Yemen's health and education shows our devotion to our brothers and sisters in Yemen.”