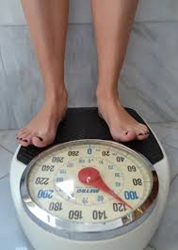 While the young man’s weight loss is unusually dramatic and rapid, Hunter’s story is an excellent example of how weight loss procedures work at their very best.

An August 14th article on Men’s Health tells the story of young Hunter Croteau. After overfeeding as an infant and the influence of obese family members – including a step grandfather who took his own life – he embarked on years of eating as much as 6000 calories daily. The result was that Hunter was left weighing some 360 pounds after his high school graduation. After obtaining a sleeve gastrectomy, the article says that 19 year-old Hunter – now sporting a notably athletic appearance in photos — has lost weight at a remarkably rapid rate, and is now 170 pounds lighter after only seven months. He credits his completely new mindset in regards to food and his health, and the radical lifestyle changes it led to – specifically, much smaller portions of healthy low-calorie food and working out at his gym five days weekly. Dr. Feiz & Associates notes that, while the young man’s weight loss is unusually dramatic and rapid, Hunter’s story is an excellent example of how weight loss procedures work at their very best.

Dr. Feiz & Associates notes Hunter had reportedly resolved to lead a healthier lifestyle after graduation. However, as most people experience, every time he lost weight he gained it back, despite his resolve. By the time he obtained a sleeve gastrectomy at age 19, he was ready for the benefits of a stomach that was roughly 80 percent smaller – which obviously makes overeating much more difficult – as well as for a reduction in the hunger hormones that typically distract dieters and which make the statistics on weight loss without a procedure so consistently dismal.

The important thing to note is that serious weight loss is never remotely easy, says Dr. Feiz & Associates. The reality, however, is that once a person is at a certain weight, the body is set up to do everything in its power to maintain that weight, including creating feelings that are essentially indistinguishable from intense hunger. What the sleeve gastrectomy does is make permanent weight loss not so much easy as achievable, so that people who really and truly are ready to make important changes in their life are able to do it without constant pangs of appetite.

Dr. Feiz & Associates adds that Hunter Croteau is part of a growing number of men and younger people who are looking into weight loss procedures. While women and older people are still overrepresented among weight loss surgery patients, the clinics says that men suffer from the very same difficulties that beset women and can benefit every bit as much from the procedure. It also adds that young people of all genders can increase the benefits of their procedure by acting while they are still young and able to get the most from the procedure.