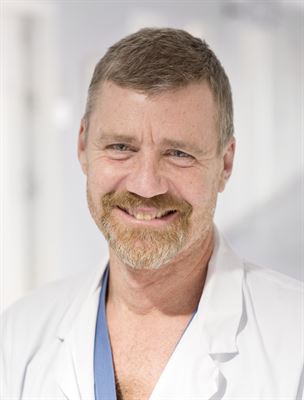 The standard treatment for aggressive skin cancer is to surgically remove the tumour. Researchers at Karolinska Institutet in Sweden now show that a 2 cm operational margin is sufficient, as opposed to the close to 4 cm margin previously applied by surgeons. For the study, which is published in The Lancet, the researchers monitored over 900 patients for an average span of 19 years after surgery.

Malignant melanoma is one of the most aggressive forms of skin cancer and one of the most rapidly increasing cancers in Sweden. Early discovery of the disease is important and the standard treatment is surgery, but exactly what surgical excision margin is needed to prevent relapse is a moot point.

“We show that a total of 2 cm surgical margin is just as safe as a 4 cm margin for high-risk melanoma,” says Peter Gillgren, researcher at Karolinska Institutet’s Department of Clinical Science and Education, Södersjukhuset, and surgeon at Stockholm South General (Söder) Hospital. “This follow-up study confirms our previous results but with an even greater degree of reliability since we now have the longest follow-up time in the world for a study such as this.”

The study included 936 patients with high-risk melanoma (melanoma >2 mm in tumour thickness) who were randomly assigned to two groups, one with a surgical margin of 2 cm (465 patients) and one of 4 cm (471 patients). The first follow-up, published in 2011, showed that there was no difference in survival between the two. Now, after an average of 19 years, the researchers are able to confirm these results.

“Patients with melanoma are at risk of relapse later in life,” says Dr Gillgren. “This is why we need these long follow-up times in large patient groups, to be as sure as possible.”

Previously, 3 to 4 cm margins have been used, but in recent years many centres, despite the lack of evidence, have been using a 2 cm margin instead.

“We now know that this is safe and it also gives better functionality and cosmetic results,” he continues. “The results of our study mean that surgeons can freely remove the highest risk malignant melanoma with a 2 cm margin.”

His research colleague Hanna Eriksson, oncologist, welcomes the longer research collaboration between surgeons and oncologists since they handle patients with high-risk melanoma together:

“We now need to take this patient group further to study who are in need of additional postoperative treatment and more regular evaluation,” says Hanna Eriksson, researcher at the Department of Oncology-Pathology, Karolinska Institutet. “We’ve entered a new era of cancer therapy, for example immunotherapy using checkpoint inhibitors. We need to find biomarkers that can show us which patients have a worse prognosis and need supplementary medical treatment after surgery.”

Karolinska Institutet is one of the world’s leading medical universities. Our vision is to advance knowledge about life and strive towards better health for all. Karolinska Institutet accounts for the single largest share of all academic medical research conducted in Sweden and offers the country’s broadest range of education in medicine and health sciences. The Nobel Assembly at Karolinska Institutet selects the Nobel laureates in Physiology or Medicine.