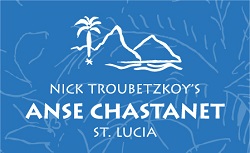 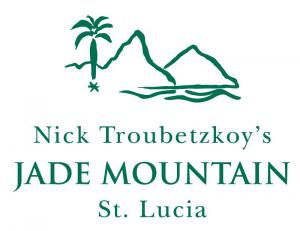 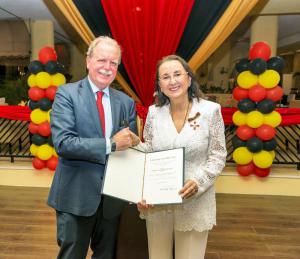 Karolin Troubetzkoy receives the Order of Merit from His Excellency Holger Michael, Ambassador of the Federal Republic of Germany to the Caribbean.

Troubetzkoy Receives the Order of Merit for Decades of Volunteer Work

CASTRIES, ST. LUCIA, May 27, 2019 /EINPresswire.com/ — Karolin Troubetzkoy of St. Lucia has been awarded the Order of Merit of the Federal Republic of Germany, the highest tribute the republic can pay to individuals for services to the nation.

Instituted in 1951 by President Theodor Heuss, the President of the Federal Republic of Germany bestows the Order of Merit on people for achievements in the political, economic, social or intellectual realm, and for rendering outstanding services to the nation in the field of social, charitable or philanthropic work.

Mrs. Troubetzkoy, who arrived in St. Lucia from Germany in 1984, accepted the honor at a ceremony in Castries on Friday attended by St. Lucian leaders and diplomatic officials, including St. Lucia's Prime Minister Allen Chastanet; St. Lucia's High Commissioner to the United Kingdom, Guy Mayers; and Dr. Didacus Jules, Director General of the Organization of Eastern Caribbean States.

The honor was conferred upon Mrs. Troubetzkoy by outgoing German diplomat, His Excellency Holger Michael, Ambassador of the Federal Republic of Germany to the Caribbean.

In her acceptance speech, Mrs. Troubetzkoy said she was surprised to receive the recognition “because in my voluntary work, I never focused on my own person but simply on what I could do for others.”

Reflecting on 2008 when she was appointed the Honorary Consul of the Federal Republic of Germany in St. Lucia, Troubetzkoy, who is Executive Director of the Anse Chastanet and Jade Mountain resorts, mused: “I feel it should be me thanking and bestowing recognition on Germany and the German President for opening my eyes to what was happening outside my personal comfort bubble … (which was) my life in Soufrière … (and) my work at our resorts.”

“It would have been very easy to just keep focused on family, on marketing and operating our resorts, and to continue bringing benefits to the surrounding community of Soufrière,” said Troubetzkoy. Instead, she opted to volunteer for wider reaching charitable, conservation and community benefit activities in addition to heading the Saint Lucia Hotel and Tourism Association (SLHTA), the Caribbean Hotel and Tourism Association (CHTA), the CHTA Education Foundation, and setting up initiatives such as SLHTA's Tourism Enhancement Fund.

As the Honorary Consul, she reconnected with her native homeland and was proud to see the work Germany and its affiliated organizations were undertaking in the region. “It also gave me a much broader understanding of the social, economic and environmental challenges which we face here in St. Lucia and in the Caribbean region. The more I learned, the more I wanted to play my part to ensure that our future generations here in St. Lucia and the Caribbean had a bright and prosperous (future).”

Troubetzkoy, who serves as Envoy of the Caribbean Challenge Initiative, has also been promoting the strengthening of the Caribbean's resilience to mitigate climate change and recover from natural disasters, while helping the region protect natural resources and commit to the principles of sustainable development.

She paid special tribute to her husband, the visionary Nick Troubetzkoy, owner/architect of Anse Chastanet and Jade Mountain, “for allowing me so much time away from our business and family to fulfill these voluntary roles which mean a lot to me.”

In closing, Troubetzkoy thanked Ambassador Holger Michael and his wife for their support, presenting them with a farewell gift.