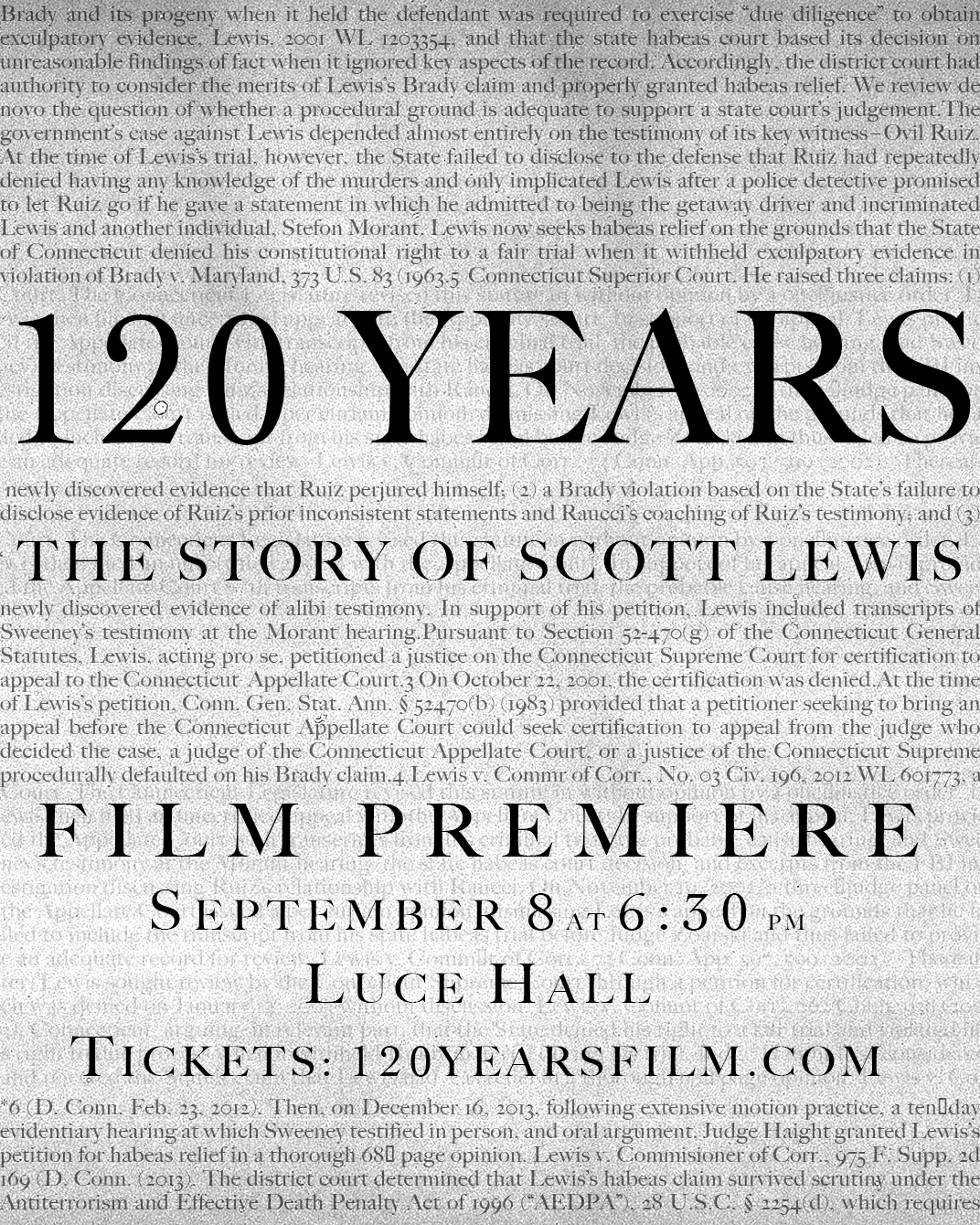 120 YEARS is the previously unseen story of Scott Lewis, a citizen of New Haven, Connecticut, who was sentenced to life in prison for a homicide he never committed. Lewis spent 20 years behind bars before his conviction was finally overturned in 2014.

120 YEARS offers a glimpse into the lives of the individuals our criminal justice system leaves behind and the near impossible fight it takes to reverse their fates.

The film also shows that the consequences of a wrongful conviction can never be reversed. 120 YEARS grapples with the hidden, intimate ramifications of wrongful conviction on families. Even after Mr. Lewis was exonerated, he could never recover the 20 years he lost with his children.

“120 YEARS offers a glimpse into the lives of the individuals our criminal justice system leaves behind and the near impossible fight it takes to reverse their fates,” said Keera Annamaneni, producer of 120 YEARS.

The premiere will be followed by a panel with Scott Lewis, Darcy McGraw, Bobby Johnson and Brett Dignam. Donations received at the screening will benefit the Innocence Project, which works to exonerate the wrongfully convicted. The event is open to the public.

View the trailer for the film at https://www.youtube.com/watch?v=kqyxpkoWdK4&feature=share.

The film features interviews from:

120 YEARS is the work of Yale students Keera Annamaneni, Matt Nadel and Lukas Cox. The film was produced through the generous support of The Politic, Yale’s award-winning political and cultural magazine.

Admission: Free, Open to the public