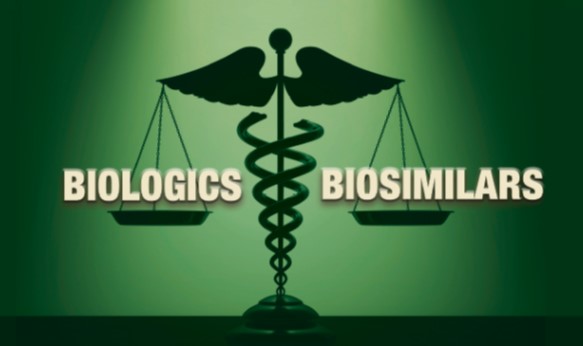 COLUMBIA, Md., June 21, 2019 – ​​The outcomes of a recent continuing medical education (CME) program, the results of which were published in the June 20 issue of Evidence-based Oncology in an article titled “Addressing Oncologists' Gaps in the Use of Biosimilar Products,” demonstrated that, prior to participating in the education activity, only 22% of oncology healthcare providers (HCPs) knew the basic aspects of biosimilars, i.e. how biosimilars differ from generic drugs and the requirements for FDA approval. Following completion of the education, knowledge of biosimilars increased 56% (from 22% to 78%). The educational program demonstrated not only the need for continued efforts to educate healthcare providers about biosimilars but also demonstrated the ability of education to effectively address the current gaps among HCPs in using biosimilars. The study was based on the results from a Rockpointe-developed educational initiative, “From Biologics to Biosimilars in Oncology Practice: A New Source of Value,” deployed in 2017 and 2018 with the goal of better preparing medical oncologists, hematologists, nurses, pharmacists and other clinicians to incorporate biosimilars into the treatment paradigm for patients with cancer. The initiative consisted of expert-led, interactive CME activities, based on a core curriculum and presented as a series of three live meetings and an online course.

Both the live and online activities featured a slide-based lecture with interactive multiple-choice questions. A total of 9,599 individuals participated in the activities, including 114 during regional meetings and 9,485 in an online webcourse. To measure the impact of the education, each question was posed twice: once before exposure to the education and once immediately after exposure. Live activity participants also were invited to complete an electronic follow-up survey, including the same questions at six to eight weeks after the event, to measure knowledge retention over time.

·         In the aggregate, scores on practice-impact questions improved from 22% at baseline to 78% during the post-test, with similar trends seen with the webcourse (23% to 78%) and the regional live meetings (27% to 81%).  In a survey, 60 days after completion of the education activity, close to half the learners (47%) reported competency with utilizing biosimilars in their practice.

·         After completion of the activity, significantly more participants understood the level of evidence needed for biosimilars to be approved by the FDA, representing 68% and 66% absolute increases among live meeting and webcourse attendees, respectively.

·         Prior to the activity, only 10% of live meeting attendees knew that a biosimilar must demonstrate no clinically meaningful differences with the reference biologic, in terms of safety, purity, and potency; this indicates the magnitude of the gap among community oncology clinicians in understanding the approval process for biosimilars.

·         Self-reported familiarity with the biosimilar approval process improved threefold, increasing from 21% at baseline to 69% immediately after the activity, while confidence in using biosimilars increased from 25% to 36% in pre- and post-activity measurements. The smaller rise in confidence in using biosimilars suggests that healthcare providers remain somewhat hesitant to integrate biosimilars into practice and that additional exposures to biosimilar education in this specific learner group should result in even greater uptake of knowledge, comprehension and competence.

·         Interestingly, none of the six barriers to the use of biosimilars that were queried were rated as major barriers by most participants. Institutional or formulary restrictions were most often cited as a major barrier (15%), followed by patient reluctance to use biosimilars (12%), lack of familiarity with the biosimilar approval process (12%), lack of efficacy data (11%), lack of safety data (11%), and other, including lack of time, cost of therapies, and insurance (10%).

The study showed that educating clinicians on Biosimilars will increase the knowledge and familiarity with those providers, potentially seeing cost savings with similar outcomes across the board.

To read the full study, go to https://www.ajmc.com/journals/evidence-based-oncology/2019/june-2019/addressing-oncologists-gaps-in-the-use-of-biosimilar-products.

All activities have been planned and implemented in accordance with the accreditation requirements and policies of the Accreditation Council for Continuing Medical Education (ACCME).

Through effective continuing medical education, Rockpointe strives to improve and advance the quality of patient care. Its educational programs have been at the forefront of new issues in healthcare, including implementing MIPS, combating the nation’s opioid crisis and utilizing technical advances that improve care. As part of its commitment to quality, Rockpointe works to inform the continuing-education community of significant quality-improvement issues through news and analysis on Policy and Medicine. At Rockpointe, education equals quality.