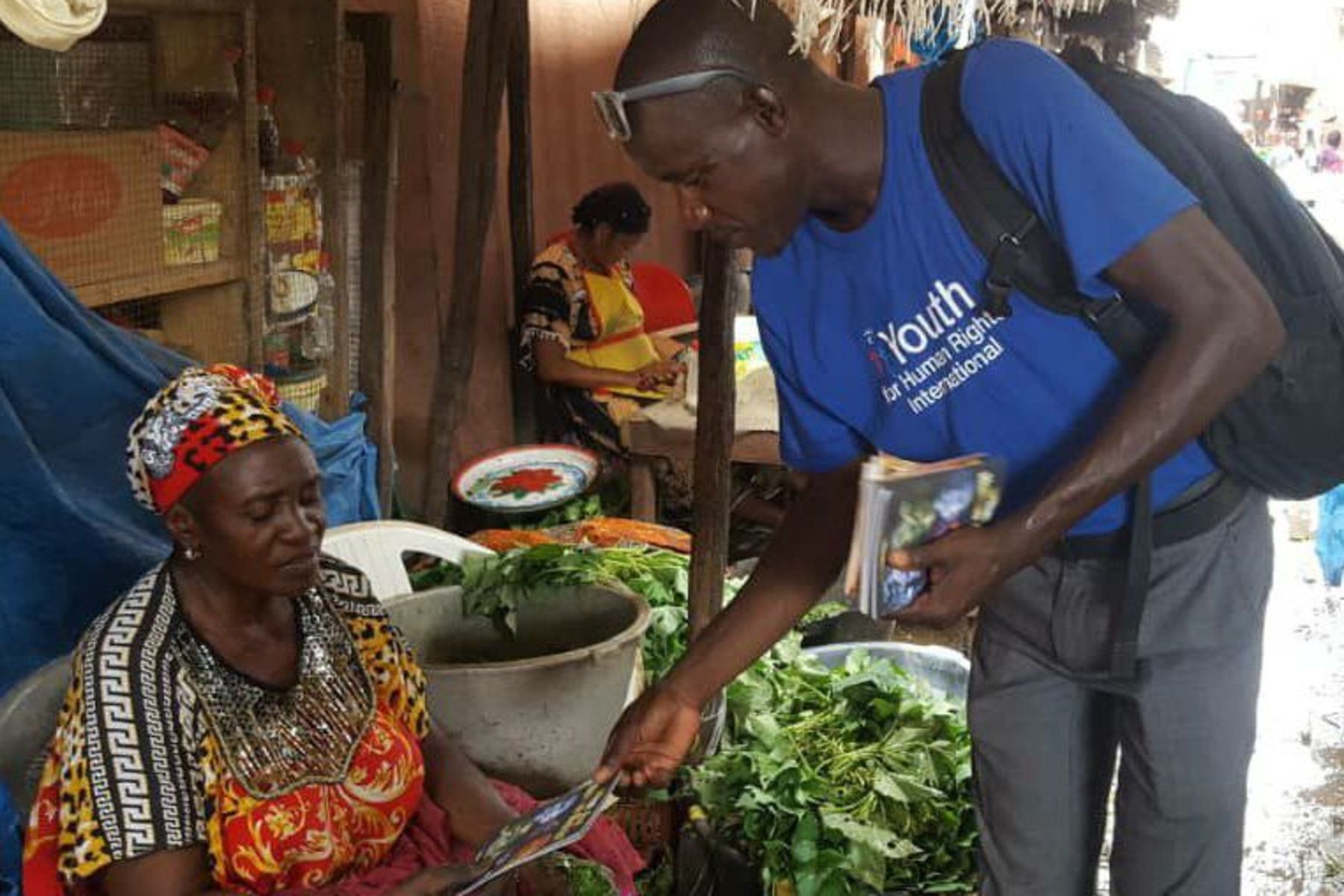 BASSE, The Gambia, September 29, 2018 – “Making Human Rights a Reality for All in The Gambia” was the motto of a five-day youth camp held at the regional agriculture directorate in the town of Basse in the east of the country.

Organized by the human rights nonprofit organization Beakanyang—a Mandinka word meaning “equal opportunities for all”—the 40 young men and women who participated were exposed to social challenges and tools. These included climate change, child marriage, drug and substance abuse, female genital mutilation, migration issues and corruption. They were also introduced to entrepreneurship and ICT in development—the application of information and communication technologies toward social, economic, and political development, with a particular emphasis on helping poor and marginalized people and communities. And they saw the importance of leadership and integrity in resolving these issues.

The main objective of the camp was to teach young people their rights and that these rights can add value to their lives.

“We work to create an inclusive society where all young people will be engaged, informed and inspired to take the challenge of actively participating in national development,” said a spokesperson for the group.

Just as Beakanyang was a voice for freedom under the despotic rule of former The Gambian President Yahya Jammeh, it is now an advocate for ensuring the success of the new democratic regime of President Adama Barrow who assumed power last year.

According to a recent Gallup Poll, nearly three in four residents of The Gambia approve of the leadership of President Barrow and are confident in the honesty of the election process that ended 22 years of Jammeh's dictatorial rule. But the country faces important challenges: For more than six in 10 Gambians, there were times in the past year when they could not afford food and 54 percent said there were times when they could not afford shelter.

Beakanyang's focus is to build leadership by promoting human rights and orienting young people to take responsibility for creating the world in which these rights can be realized by all, in alignment with article 29 of the Universal Declaration of Human Rights which calls for each individual to assume responsibility for the community.

Beakanyang partners with Youth for Human Rights International whose materials form the backbone of their human rights education initiative.

The Church of Scientology and Scientologists support United for Human Rights and its program for young people, Youth for Human Rights, the world's largest nongovernmental human rights education campaign, reaching out in 195 countries in 27 languages and embraced by thousands of activists, officials, groups and organizations. Their support of the initiative is inspired by Scientology Founder L. Ron Hubbard's conviction that “It is vital that all thinking men urge upon their governments sweeping reforms in the field of human rights.”