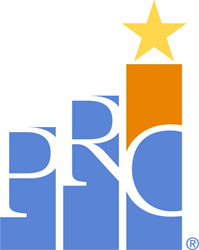 There is a growing and widespread recognition of mental health as a problem in communities across the country. In fact, in looking at 100 past community health needs assessments (CHNA) that PRC has worked with, mental health was consistently in the Top 3 priorities.

Depression, anxiety, addiction, and the swarm of other mental health threats plaguing American society hardly discriminate among their victims, affecting staggering numbers of communities. New research from PRC shares the widespread, indiscriminate consequences of mental health issues across the United States, as more people, ranging from children to the elderly, report regular symptoms of poor mental health. “There is a growing and widespread recognition of mental health as a problem in communities across the country. In fact, in looking at 100 past community health needs assessments (CHNA) that PRC has worked with, mental health was consistently in the Top 3 priorities,” Bruce Lockwood, Vice President of Community Health at PRC, said.

PRC, a healthcare market research consulting firm based in Omaha, NE, has performed community health needs assessments in over 500 distinct communities over 25 years.“Mental health is a major problem in nearly every community and is an often-underserved need. Many communities do not have adequate psychiatrists, counselors, inpatient facilities, etc. to support the need in the community. This becomes increasingly clear as youth suicide and school violence demonstrate gaps in mental healthcare for adolescents,” Jana Distefano, MPH, Director of Community Health at PRC, said.

Depression
According to the PRC National Health Survey, 31.4% of US adults describe having two or more years in their lives when they felt sad or depressed on most days, displaying symptoms of chronic depression. Overall, this proportion has increased since PRC first measured depression rates in 1995 (22.1%). There is also a particularly strong, negative correlation with income (a prevalence of 50.5% among the segment of those living below the federal poverty level).
In all, 21.6% of US adults have been diagnosed with a depressive disorder such as depression, major depression, minor depression, or dysthymia. Among persons reporting symptoms of chronic depression, this percentage increases to 77.6% among those who specifically sought help, compared to 16.5% among those who did not.

Stress
Since first measured in 2005, the proportion of US adults rating their typical day as extremely or very stressful has increased from 8.5% to 13.4%. When examined by employment status, those unable to work, homemakers, and those who are self-employed report particularly high levels of daily stress.
In addition to employment status, other possible stressors include worrying about paying rent/mortgage in the past year, being a victim of a violent crime in the past five years, experiencing difficulty accessing healthcare, encountering difficulty getting fresh produce, and facing food insecurity.

Seeking Help
As depressed and stressful symptoms rise, so do help-seeking behaviors, thanks largely to a reduction of access barriers—particularly reduced social stigma. Three in ten Americans (30.8%) have sought help from a professional for a mental or emotional problem at some point in their lives. This percentage increases among non-Hispanic White adults (34.8%) and decreases with age (37.5% for those under 40, decreasing to 20.7% for those age 65+). Even stronger relationships are found with other variables in the PRC National Health Survey; data show that seeking help for mental health is associated with fair/poor self-ratings of overall mental health, having a specific source of ongoing medical care, and having government-assisted healthcare coverage. Among persons reporting symptoms of chronic depression, help-seeking behavior has improved (from 36.4% having ever sought help in 2001 to 65.8% in 2017).

While 6.8% of US adults report a time in the past year when they needed mental health services but were not able to get them, this population increases to 16%-21% among those with a mental health history. Reasons given for difficulty are predominantly cost- or insurance-related.

This study was conducted using a mixed mode protocol, including telephone (landline and cell phone) and internet surveys. The latest PRC National Health Survey reflects a random sample of 1,000 Americans that is representative of nation’s diverse demographic and social characteristics.

Moving forward, Lockwood said, it’s important to emphasize the importance of continued research linking mental health to social determinants, such as Adverse Childhood Experiences (ACEs). ACEs have been shown to negatively impact health and related outcomes in adulthood, including an individual’s mental health and well-being, making this a key area of relevant community health study.

Since 1980, PRC has helped more than 2,200 healthcare organizations achieve their research objectives by collecting and analyzing timely, accurate, and reliable feedback from patients, employees, physicians, and the community at large. PRC’s high-quality survey research, analytics tools, and coaching give voice to healthcare organizations, patients, and the community as a whole. Leading the standards for healthcare market research, PRC partners with organizations to support their efforts in becoming better places for patients to be treated, physicians to practice medicine, and employees to work.