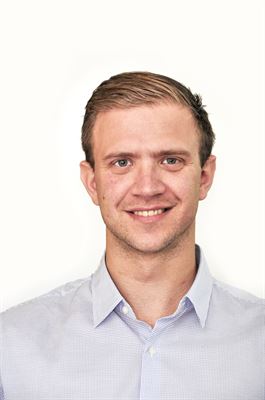 [PRESS RELEASE 2018-08-23] Medical or surgical treatment of severe heartburn prevents cancer of the oesophagus, a study from Karolinska Institutet with almost one million Nordic patients reveals. The results are published in the scientific journal JAMA Oncology.

Pathological heartburn and acid reflux affects 10-20 per cent of the adult population. Long and severe reflux is the strongest risk factor for cancer of the oesophagus (type adenocarcinoma), an aggressive cancer that is difficult to treat.

Reflux is usually treated with medicine to make the stomach contents less acidic, which usually eliminates or reduces symptoms. One alternative is to have an operation (anti-reflux surgery) which prevents the stomach contents from coming up into the oesophagus. Previous studies have not conclusively demonstrated that these treatments prevent oesophageal cancer, but the studies have not been sufficiently large or had enough follow-up time to ensure that conclusions can be drawn on any long-term cancer-preventive effects.

In the present study, researchers used health data records from 1964 to 2014 from the five Nordic countries. Of the more than 940,000 patients with reflux in the study, about 895,000 received medical treatment and of those nearly 2,370 patients (0.3 per cent) developed cancer of the oesophagus during the follow-up period. The risk of cancer of the oesophagus decreased over time following treatment and was similar to that of the corresponding population after 15 years or more in those who received medication.

Of the more than 48,400 patients who had anti-reflux surgery, 177 (0.4 per cent) developed cancer of the oesophagus during the follow-up period. The risk of oesophageal cancer clearly fell also in this group and was at the same level as in the corresponding population 15 years or more after the operation.

When the patients with reflux who had an operation were compared with those with reflux who received medication, the patients who had been operated on had a slightly higher risk of oesophageal cancer during the entire follow-up period, but the risk did not increase over time. This is probably caused by the fact that the operated patients had more serious reflux from the beginning.

“The results show that effective medical or surgical treatment of reflux prevents cancer of the oesophagus. But because the individual’s risk of developing oesophageal cancer is low, even in those with reflux disease, the results do not justify treating reflux solely as a cancer-preventive measure. The symptoms and complications of reflux disease should continue to govern treatment,” says John Maret-Ouda, physician and scientist at the Department of Molecular Medicine and Surgery at Karolinska Institutet in Sweden and the first author of the study.

However, he points out that for the small percentage of people with severe reflux in combination with other risk factors for oesophageal cancer, such as obesity, male gender and mature age, effective and continuous medical treatment or an operation to treat reflux is recommended.

“Previous research results have shown poor cancer-preventive effects from anti-reflux surgery. The difference now is that for the first time we can show statistically significant results because we have a sufficiently large study with a long follow-up period of over 15 years following the operation,” says Jesper Lagergren, consultant surgeon and professor at the Department of Molecular Medicine and Surgery, Karolinska Institutet, who led the study.

The research is funded by the Nordic Cancer Union, the Swedish Research Council and the Swedish Cancer Society.