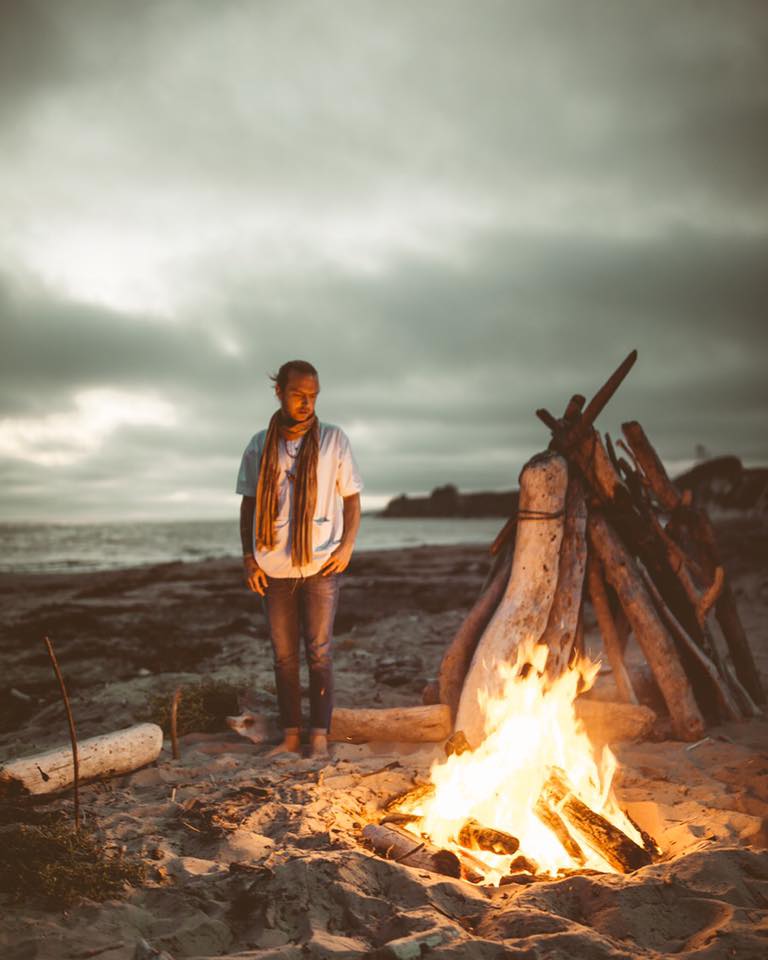 “MOON / SUN,” one of Hall’s favorite tracks off of the album, quickly became a fan favorite as well and garnered millions of listens within weeks of its release. This track is one of Hall’s more upbeat tracks.

“This single, ‘MOON/SUN’ is a song of jubilation and a celebration of spirit. On this journey that we’re all on, sometimes we push love away. It’s the only thing we want, but still, we push it away. ‘MOON/SUN’ is about the eternal space of the heart,” said Hall. “The space in your heart is never going away. No matter where you go, that love is always going to be there.”

This single, 'MOON/SUN' is a song of jubilation and a celebration of spirit. On this journey that we're all on, sometimes we push love away. It's the only thing we want, but still, we push it away. 'MOON/SUN' is about the eternal space of the heart. The space in your heart is never going away. No matter where you go, that love is always going to be there.

The single caught the attention of mindful narrative filmmaker and director, Jordan Taylor Wright of Taylor Cut Films, who has worked with artists such as Usher, Justin Bieber and The Chainsmokers. Wright directed the official video for “MOON/SUN” which was filmed in one day in Santa Barbara, CA.

“The message of ‘MOON/SUN’ resonates with me and is a beautiful message to receive. After discovering Trevor Hall’s music via social media, I connected with him and asked about collaborating. Hall appreciated my work as well, so we worked together to create this music video,” said Jordan Taylor Wright, Founder of Taylor Cut Films. “It was an honor to create with Hall on such a meaningful single about love.”

“THE FRUITFUL DARKNESS” is very much inspired by the stars and Hall’s studies in astrology really helped Hall understand that everything is related, and nothing is separate.

Topping the charts at number four on the iTunes Alternative Albums charts, “THE FRUITFUL DARKNESS” is Hall’s first independent musical release. Supported by his fans, known as The Villagers, Hall’s Kickstarter campaign became the number one music campaign of its kind in 2017 – after a decade-plus of recording for established labels such as Geffen and Vanguard.

The entirety of “THE FRUITFUL DARKNESS” not only explores a completely new sonic terrain for Hall, but it was also released unconventionally – in three to five song installments on specific lunar dates. The release of the “MOON/SUN” music video today is timed to correlate with the new moon. “THE FRUITFUL DARKNESS” was officially released on June 1, 2018, and can be streamed on the following platforms Apple Music and Spotify.

ABOUT TREVOR HALL:
Raised on an island in South Carolina, singer/songwriter Trevor Hall realized at a young age that music was more than just a passion – it was, rather, his life’s art. Hall’s music is an eclectic mix of roots, folk, rock, reggae and Sanskrit chanting which echo with the names and teachings of divinities. His music maintains a refreshing and universal message that has captured the hearts and ears of fans around the world. While on the road, Trevor sees the stage as his moving temple, a place where he can share in the experience of his spiritual journey with his audience. Trevor’s annual trips to India also continue to serve as a source of creativity and motivation for his music. Beyond his intention to spread love and healing through music, Hall also collects donations to support children’s education in India and has continuously donated to charities and relief funds. Follow Trevor Hall on Facebook, Instagram, YouTube, and Twitter.

ABOUT TAYLOR CUT FILMS/JORDAN TAYLOR WRIGHT:
Jordan Taylor Wright, founder of Taylor Cut Films, is a creative director and filmmaker based out of Los Angeles. Taylor Cut Films is a production company/ creative agency specializing in music videos, commercials, and films. Over a 10-year span, Taylor Cut Films has worked and created original content for artists such as Usher, Justin Bieber, Jennifer Lopez, and The Chainsmokers. Jordan and his team are currently creating ad campaigns with renowned brands such as Bose, L’Oréal, American Express, and Marvel. Taylor Cut Films will soon announce a slate of original TV and film content for 2018/2019. To learn more, follow Jordan Taylor Wright on Instagram, Twitter, YouTube, and Facebook and visit IntentOn.io