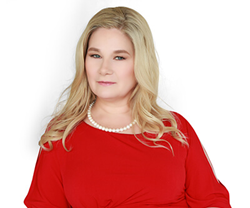 The preclinical research assessed biomarkers for immune function and blood, as well as, inflammation. The following data was reported:

The research suggests that this biofield energy treatment enhanced the nutraceutical’s anti-inflammatory and immunomodulatory properties. Additionally, the treated formulation was reported to improve stress management, as well as, anti-aging by enhancing overall health and quality of life.

Further, the results indicate the potential to combat inflammation, which is the root cause of many of the most common diseases today.

This Biofield Energy Healing Treatment was provided by Nykvist as part of a group of 18 energy healers. Eleven were remotely located in the U.S.A., four in Canada and one each in the United Kingdom, Russia, and Ireland. The test formulation was located in the research laboratory of Dabur Research Foundation, near New Delhi, India. The Biofield Energy Treatment was administered for 5 minutes through the healers' unique Biofield Energy Transmission process remotely to the test samples under laboratory conditions. Nykvist, as well as, the other 17 biofield healers participating in this research never visited the laboratory in person, nor had any contact with the nutraceutical samples.

About Biofield Energy Treatments
The National Center of Complementary and Integrative Health (NCCIH) has recognized and accepted Biofield Energy Healing Treatments as a complementary and alternative medicine (CAM) health care approach in addition to other therapies, medicines, and practices. CAM therapies have been practiced worldwide with reported clinical benefits in different health disease profiles. Human Biofield Energy has subtle energy that has the capacity to work in an effective manner. This energy can be harnessed and transmitted by the gifted into living and non-living things via the process of a Biofield Energy Healing Treatment or Therapy.

URL: https://www.trivedieffect.com/the-science/biotech/publication/healers-science/nutraceuticals/assessment-of-immunomodulatory-activity-of-the-biofield-energy-treated-novel-herbomineral-formulation-after-oral-administration-in-female-sprague-dawley-rats/
About Cathryn Nykvist
Cathryn Nykvist is a natural born healer. She has been a lifelong seeker of alternative healing knowledge and spiritualism. Her curiosity, authenticity, and integrity led her to an association with Guruji Mahendra Trivedi, founder of Trivedi Global, Inc. and the Trivedi Effect®. Nykvist's healing power is validated in preclinical scientific research using both cell-based and mouse models to suggest benefits from her energy transmissions for overall health and well-being, as well as, an improved quality of life. Further, an increased level of Vitamin D3 in bone health has been indicated through her energy transmissions.
http://www.cathrynnykvist.com

About Guruji Mahendra Trivedi & The Trivedi Effect® About Guruji Mahendra Trivedi & The Trivedi Effect®
Guruji Mahendra Kumar Trivedi, the founder of the Trivedi Effect®, is on a mission to usher in a new era that integrates science, spirituality, and consciousness to vastly improve the human condition and benefit humanity on a global scale. To date, more than 250,000 people worldwide have benefited from the Trivedi Effect®. His organization, Trivedi Global, Inc., is collaborating with globally renowned product research and development organizations to bring to market proprietary products and therapies in the areas of nutraceuticals, pharmaceuticals, and more. Alice Branton, CEO, Trivedi Global, Inc., recently spoke on the impact of the Trivedi Effect® at the Entrepreneurship Club of the Harvard Business School, Nasdaq, Microsoft, and Coca-Cola. She also appeared on more than 35 network television news shows in the last year including ABC, NBC, FOX, CW and more. Dahryn Trivedi, a prodigious spiritual leader, young entrepreneur, inspiring speaker and paradigm-shifting scientist also joins in the mission.
The Trivedi Effect® is an evidence-based phenomenon in which an individual can harness inherently intelligent energy from nature and transmit it to living organisms and non-living materials, anywhere in the world through thought intention, to significantly enhance potency and beneficially alter their characteristics and behaviors through transformation at the atomic, molecular, and cellular levels.
The Trivedi Effect® has been tested, measured, and validated in over 4,000 scientific experiments globally, by world-renowned scientists and research institutes using the rigor of internationally accepted models of scientific research with the most sophisticated technologies available on this planet. Challenging the known frontiers of science, this research has resulted in over 350 publications in major international peer-reviewed scientific journals with over 4,000 citations.
These publications are available in over 3,500 universities internationally including the prestigious Ivy League Universities, as well as, the National Institutes of Health (NIH).
http://www.TrivediEffect.com