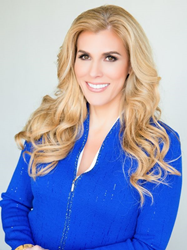 Overall, this biofield energy treated Copper Chloride presents a powerful alternative in designing a nutraceutical/pharmaceutical formulation to combat copper deficiency. It also has the potential to improve copper absorption in the body, while combating a wide range of adverse health conditions such as cancer, inflammation, and wound healing.

Copper is the third most abundant transition metal and essential trace element found in the body. Copper, along with iron, enables the body to produce red blood cells and helps in maintenance of healthy bones, nerves, and immune function. It also helps with iron absorption.

The Trivedi Effect treatment may have the potential to provide beneficial effects on therapeutic response against copper deficiency, which can cause hematological problems such as myelodysplasia, anemia, low white cell blood count, and ultimately a weaker immune system.

The research further suggested that this alternative holistic treatment of copper chloride supplement not only increases powder flowability but also alters appearance and thermal stability, making it more bioavailable for the body.

Moreover, copper in combination with iron can also be used as a potent antioxidant agent, oral tocolytic, and neuroprotective agent.

Alice Branton provided this Biofield Energy Healing Treatment remotely from the United States, while the test samples were in the research laboratory of Dabur Research Foundation, near New Delhi, India. The Biofield Energy Treatment was administered for 5 minutes through the Branton’s unique Energy Transmission process, remotely to the test samples under laboratory conditions. In this study, Branton never visited the laboratory in person, nor had any contact with the test item and medium.

About Alice Branton
Alice Branton, CEO, Trivedi Global, Inc., recently spoke on the impact of the Trivedi Effect® at the Entrepreneurship Club of the Harvard Business School, Nasdaq, Microsoft, and Coca-Cola. She also appeared on more than 35 network television news shows in the last year including ABC, NBC, FOX, CW and more.
https://www.alicebranton.com

About Guruji Mahendra Trivedi and the Trivedi Effect®
Guruji Mahendra Kumar Trivedi, the founder of the Trivedi Effect®, is on a mission to usher in a new era that integrates science, spirituality, and consciousness to vastly improve the human condition and benefit humanity on a global scale. To date, more than 250,000 people worldwide have benefited from the Trivedi Effect®. His organization, Trivedi Global, Inc., is collaborating with globally renowned product research and development organizations to bring to market proprietary products and therapies in the areas of nutraceuticals, pharmaceuticals, and more.

Dahryn Trivedi is a prodigious spiritual leader, young entrepreneur, and inspiring speaker. Along with Guruji Mahendra Trivedi, she devotes her time to expand and promote awareness about the power and potential of the Trivedi Effect®. She shared her message at NASDAQ and on national media including ABC, NBC, Fox, and CW.

Gopal Nayak is one the youngest enlightened spiritual gurus for the new generation in India. He is a pioneer in Biofield Energy Science. Nayak raises awareness about the potential impact of the Trivedi Effect for the beneficial transformation of all living organisms and non-living materials. Nayak is highly sought after by business leaders, politicians and celebrities throughout India and abroad. Nayak has transformed the lives of thousands of individuals from around the world, especially in the USA, Canada and Europe.

The Trivedi Effect® is an evidence-based phenomenon in which an individual can harness inherently intelligent energy from nature and transmit it to living organisms and non-living materials, anywhere in the world through thought intention, to significantly enhance potency and beneficially alter their characteristics and behaviors through transformation at the atomic, molecular, and cellular levels.

The Trivedi Effect® has been tested, measured, and validated in over 4,000 scientific experiments globally, by world-renowned scientists and research institutes using the rigor of internationally accepted models of scientific research with the most sophisticated technologies available on this planet. Challenging the known frontiers of science, this research has resulted in over 400 publications in major international peer-reviewed scientific journals with over 4,000 citations.

These publications are available in over 4,000 universities internationally including the prestigious Ivy League Universities, as well as, the National Institutes of Health (NIH).
http://www.TrivediEffect.com