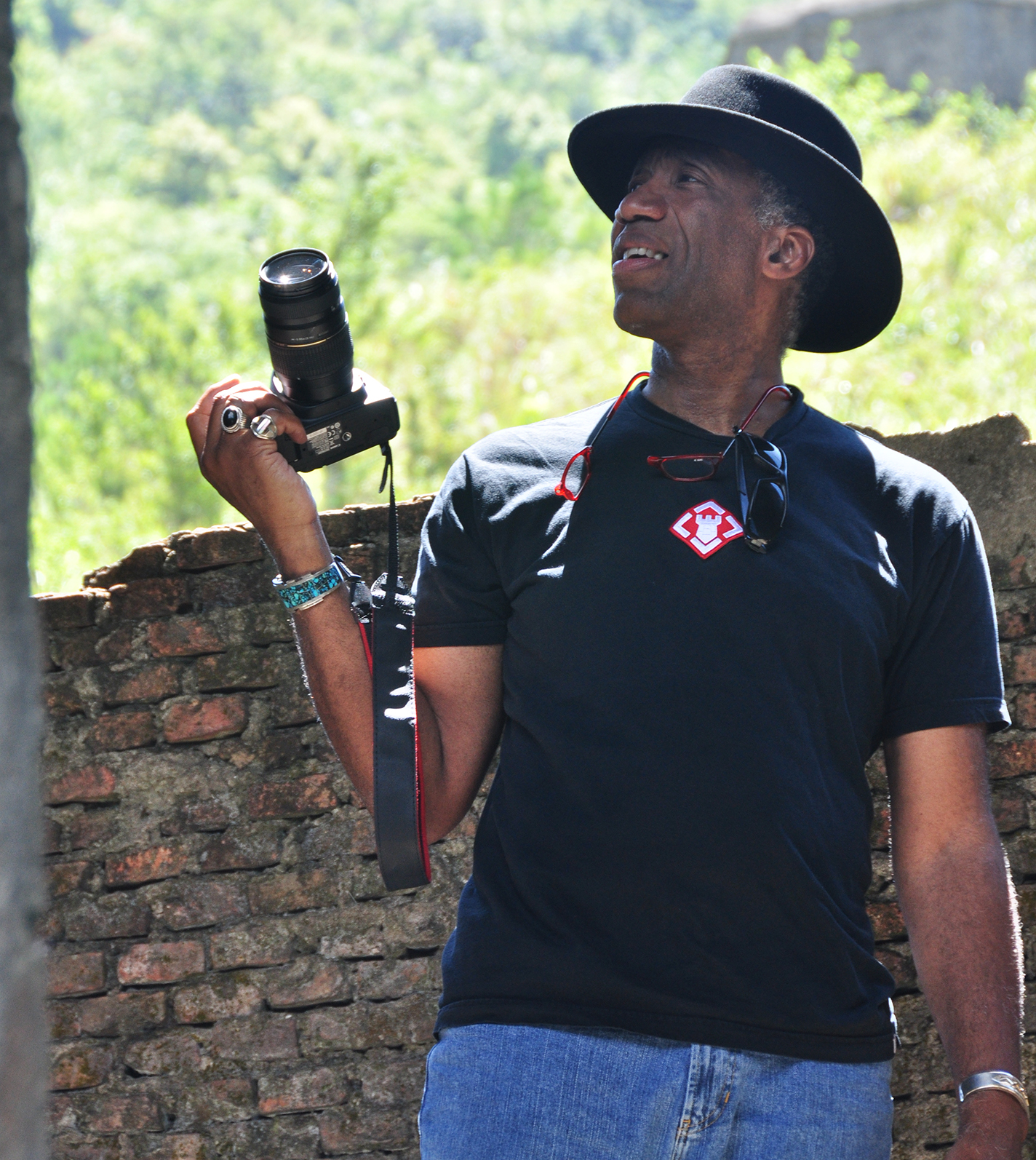 SHEPHERDSTOWN, W. Va., September 27, 2018 – Vietnam Veteran and photographer/composer Kimo Williams opened his photography studio and gallery in August 2018 and named it KimoPics. He has returned to Vietnam several times since his combat tour and this first exhibit showcases the people he met during those trips. “In 1970 I went to Vietnam with my M16. In 1998 I returned with my guitar and my camera, I truly enjoyed the second trip best,” he says. Kimo states:

“In 1970 as an Army Combat Engineer serving a tour of duty in Vietnam, I began my fascination with capturing images that reflect my life experiences and observations. After Vietnam I looked inward and began what became a life-long journey of self-discovery through the creative arts. As a composer, I wrote symphonies to tell my stories. As a photographer, taking pictures was and is a means for me to hold visual moments in time so I might absorb and experience them a little longer.

“While serving in Vietnam, I volunteered to put a band together and play music for the troops up at the front lines. While on this tour, I took my camera and captured moments of time from that experience.

“In 2003, I once again put a band together and played for the troops as part of a USO. Called the Lt. Dan Band, we played throughout the US, in Korea, Singapore, Afghanistan, Kuwait, Germany, United Kingdom, Brussels, and others. As with my music tour in Vietnam, I took my camera to document my many USO adventures.

“Together, photography and music now provide me with a distinct voice for self-reflection, social commentary, and cultural engagement.”

In 1969 as a high school senior, Kimo always thought Vietnam was a third world backward gloomy environment. Once there, he realized it was nothing like that at all. The country had beautiful landscapes and flowing rivers. The non-combatant Vietnamese were warm, cordial and very friendly. He relished the opportunity to engage with the people and the culture. However, because of the nature of his presence there, a cultural investigation was very limited. He left Vietnam in the Fall of 1970 never having had the chance to understand the Vietnamese really or to embrace the beauty of the land.

In 1998, Kimo returned to Vietnam for the first time specifically to the place of his first assignment in Lai Khe. From this cathartic return, he realized what he missed as a soldier and wanted so much more. He returned in 2000, 2001, 2005, 2007, 2008 and 2010. During each trip, he had his camera with him and captured the faces from those he encountered which for him provided the essence of who this culture was. FACES of VIETNAM is an exhibit of those photographs.

Additionally, Kimo founded The United States Veterans Arts Program (USVAP.org),  which provides art resources to Veterans Administration Medical Facilities to help support other Veterans who may wish to tell their story through the arts. 100% of all proceeds generated by KimoPics supports USVAPs mission.