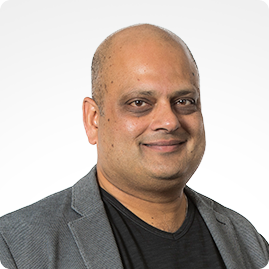 Things are definitely looking up in the Indian startup space, with quite a few companies growing at exponential rates.”

Speaking on the panel “Making India the next startup nation” at the forum, Mr. Sharan discussed the growth of startups in India and how the country’s maturing ecosystem has encouraged more founders to launch startups.

“India is the third-largest tech startup ecosystem in the world and is home to one of the largest tech talent bases. What makes the scenario even better is the fact that the workforce is young and the country’s ecosystem is maturing very quickly too. Things are definitely looking up in the startup space, with quite a few companies growing at exponential rates. There’s absolutely no reason why India can’t go on to eventually become the biggest startup destination in the world,” Mr. Sharan said.

The 2019 edition of Horasis India Meeting was co-hosted by IE University and the Confederation of Indian Industry (CII). Horasis also holds similar meetings on China and South East Asia, as well as the globally oriented Horasis Global Meeting.

Regalix is a Customer Acquisition and Customer Success company that re-imagines digital experiences across hi-tech, ad-tech and retail domains. The company has partnered with some of the largest global B2B organizations in their efforts at customer acquisition, growth and retention. Regalix works with businesses, supporting their customers through the entire journey, to deliver reliable products and services in today's subscription-based economy.