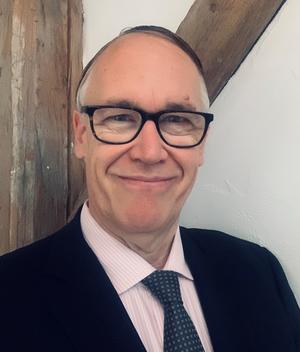 “Gistelinck's strong track record in guiding organizations will serve to take our already excellent programs to even higher levels of positive impact for all,” said WIPA Board President Bob Hamburger.

BERKELEY HEIGHTS, NJ, June 19, 2019 — The Wharton Institute for the Performing Arts (WIPA) Board of Directors has announced the appointment of Peter H. Gistelinck as its new Executive Director, effective July 1, 2019. Gistelinck was unanimously approved by the WIPA Board of Directors following a six-month nationwide candidate search.

“WIPA is fortunate to be welcoming such a seasoned and accomplished arts executive in Peter Gistelinck to lead us in carrying forward our commitment to musical excellence for students in our communities. Peter's passion for music education combined with his strong track record in guiding organizations will serve to take our already excellent programs to even higher levels of positive impact for all,” said Wharton Institute for the Performing Arts Board President Bob Hamburger.

Gistelinck joins WIPA from Kalamazoo where he was President and CEO of the Kalamazoo Symphony Orchestra from 2014 through 2019. Prior to that, from 2006 through 2014, he was Executive Director of the Chamber Orchestra of Philadelphia. Before immigrating to the United States in 2006, Gistelinck was Director of Sales and Marketing and Co-Artistic Director for the Brussels Philharmonic Orchestra in Belgium and General Manager of Business Affairs at one of France's leading Baroque orchestras, Le Concert Spirituel in Paris.

Says Wharton Institute for the Performing Arts Artistic Director Helen Cha-Pyo, “It is rare to have an opportunity to work with such a well-rounded arts executive leader as Peter. I am excited to join my efforts with him in furthering our mission to create life-changing experiences for young people through performing arts education.”

“I am absolutely honored to have been chosen as the next leader of the renowned Wharton Institute for the Performing Arts,” said Gistelinck. “This institution, because of its commitment to diversity in the arts, outstanding leadership, and nationally-praised educational programs with sweeping community impact, is poised to become even more prominent in the field of performing arts education. I am thrilled to have been given the opportunity to be part of this endeavor.”

For more than 30 years, Gistelinck has made a difference within the music entertainment industry, not only as a seasoned arts administrator and turnaround professional but also as an accomplished music producer, composer, and arranger. He has numerous credits to his name having worked as Executive and Artistic Producer on recording projects and concert productions including those for Le Concert Spirituel, Brussels Philharmonic Orchestra, I Fiamminghi, Kalamazoo Symphony Orchestra, Marvin Hamlisch, Michel Legrand, Francis Goya, Alberto Iglesias, Plácido Domingo, Phil Ramone, Philip Webb, J. Mark McVey, Jessye Norman, Gamble & Huff, Paul Schaffer, All-4-One, and Kevin Cole among many others.

He served as professor of composition, arranging, and orchestration at the Royal Music Conservatory in Antwerp, Belgium and has lectured at Towson University, Peabody School of Music at Johns Hopkins University, Drexel University, Pennsylvania University, Curtis Institute of Music, and the Haworth College of Business at Western Michigan University.

Gistelinck holds degrees in music theory and history, composition, orchestration and arranging from the Royal Music Conservatory in Ghent, Belgium and a BA in history of arts and MA in musicology from the State University in Ghent, Belgium.

The Wharton Institute for the Performing Arts' mission is to provide the highest quality performing arts education to a wide range of students in a supportive and inclusive environment, where striving for personal excellence inspires and connects those we teach to the communities we serve.

Wharton is New Jersey's largest independent non-profit community performing arts education center serving over 1,500 students through a range of classes and ensembles including the 14 ensembles of the New Jersey Youth Symphony, which serve 500 students in grades 3 – 12 by audition. Beginning with Out of the Box Music and Pathways classes for young children, Wharton offers private lessons, group classes, and ensembles for all ages and all abilities at the Performing Arts School. With the belief in the positive and unifying influence of music and the performing arts and that arts education should be accessible to all people regardless of their ability to pay, Wharton teaches all instruments and voice and has a robust musical theater program. Based in Paterson, New Jersey, the Paterson Music Project is an El Sistema-inspired program of the Wharton Institute for the Performing Arts that uses music as a vehicle for social change by empowering and inspiring children through the community experience of ensemble learning and playing.

Wharton Institute for the Performing Arts is located in Berkeley Heights, New Providence and Paterson, NJ and reaches students from 10 counties. All of Wharton's extraordinary faculty members and conductors hold degrees in their teaching specialty and have been vetted and trained to enable our students to achieve their personal best.