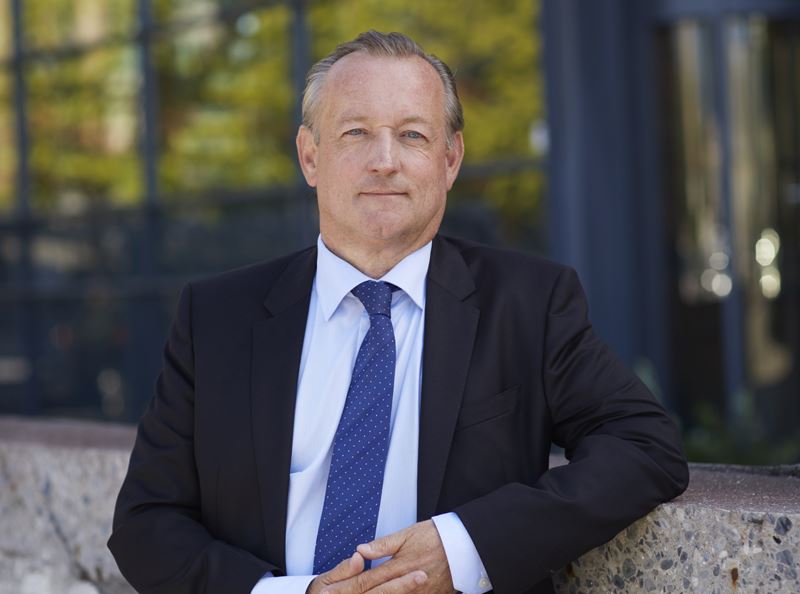 DigiPlex, the leading pan-Nordic operator of hyper-efficient, green data centers has today released extensive research into changing attitudes and business priorities from Nordic senior executives in the heart of one of the world’s most attractive region for data storage and colocation.

With American hyperscale digital operators such as Google, Amazon and Facebook making massive investments into the region, the company’s American co-owner and chairman Byrne Murphy urges more US businesses to take note of the major strategic benefits emerging from the region.

“With global business demand for data storage, connectivity, and security rising at a faster rate than anyone can deliver, American businesses should be asking why some of the biggest global market players are investing billions[1] to build data centers in the Nordic region” says Murphy. “Nordic data centers offer huge advantages for American businesses looking for a gateway to Europe. Beyond being easier to cool because of the climate, power is cheaper and greener than just about anywhere else.”

The new survey provides a unique window into trends and attitudes in a region that has become a preferred destination for some or the largest, and most ambitious data center constructions. Recognizing the significant savings emerging from cheap, clean power, stable governments, low taxes and excellent global connectivity presented by the region and its estimated the scale of investment in the market has reached $3 billion.[2]

“The recent wave of hyperscale investment in the Nordic region, by businesses who are utterly committed to efficiency and long-term planning, is proving what we at DigiPlex realized nearly 20 years ago: the overlapping geographic, political and structural benefits make the Nordics the world’s most exciting and important region for data centers, and something no global business leader can afford to ignore. Our data center in Sweden, for example, offers a power use efficiency of 1.2, far below the industry average of 1.8, which adds up to massive savings.”

The cost of data climbs to the top of board agendas

DigiPlex’s report shows how the data center issue at C-level has increased in line with greater and more globally widespread deployment of new technologies. Seven in ten surveyed companies believe that the biggest source of business disruption comes from Cloud Computing, which is expected to change core business models and have a considerable impact on revenue and margins in just three years, closely followed by Big Data and Analytics (69%), and AI and Machine Learning (66%).

“Our survey shows that businesses are starting to recognize the importance of data to their operations, but many are still missing out on a lot of information. A full 60% still couldn’t say where their data is located which may have significant impact in a post GDPR world” continues Murphy. “The stage is set for a seismic shift in business models, as reality sets in and the true impact of digital transformation hits the balance sheet.”

Change of attitude – sustainability higher on the agenda

Another major concern revealed by the survey is the impact of digitization on the environment. In one of the most notable indicators of a rapid shift in attitudes, ‘Sustainability’ emerged as the fastest rising data center concern, from 27th place to fourth place in just two years, joining ‘Security’, ‘Operating Costs’ and ’Energy’ at the top of the list of concerns.

Sustainability moved to fourth place in 2018 as the most pressing concern for the respondents, up from 27th place in the 2016 Survey.

“The carbon cost of constructing and running data centers is becoming a global concern, with activist pressure from groups like Greenpeace and increased government awareness pointing to potential fines, new taxes or reputation damage down the line. Nordic data centers run fully on100% clean, renewable hydropower. The average kilowatt-hour of electricity in Norway generates only 3 grams of C02, compared to an average of 300 grams in California, nearly 600 in Virginia or over 800 in New Mexico.”

The report, titled A Perfect Storm: Nordic Data Centre Trends 2018, conducted in partnership with IDG Connect, reveals the outlook of 300 business leaders in the Nordic Region. Senior decision-makers indicate the considerable effort now being spent to ensure data is processed and stored sustainably, whether that be related to running cost, security or long-term environment impact.

DigiPlex has established a reputation as a global leader in sustainable and green data centers, with operations in Norway, Sweden and Denmark. All DigiPlex’s data centers are run on 100% renewable energy. As a leader in the field, DigiPlex is at the forefront of innovation in the sector delivered through pioneering engineering.

Two of the most recent examples of this use energy and heat from data centers to power homes. An award-winning program launched in spring 2018 in conjunction with Stockholm Exergi to return heat to 10,000 homes in the city, and a subsequent announcement in summer 2018 launched a similar effort with Norway’s largest district heating supplier, Fortum Oslo Varme, offering heat to roughly 5,000 apartments in Oslo.

DigiPlex designs, builds and operates data centers in the Nordics. The company specializes in delivering best-in-class services to its customers by delivering tailored, secure and resilient environments with the highest possible availability. As a result, DigiPlex is trusted by public and private customers alike – including security sensitive organizations such as government and financial institutions. All DigiPlex data centers consume only electricity produced from sustainable sources.