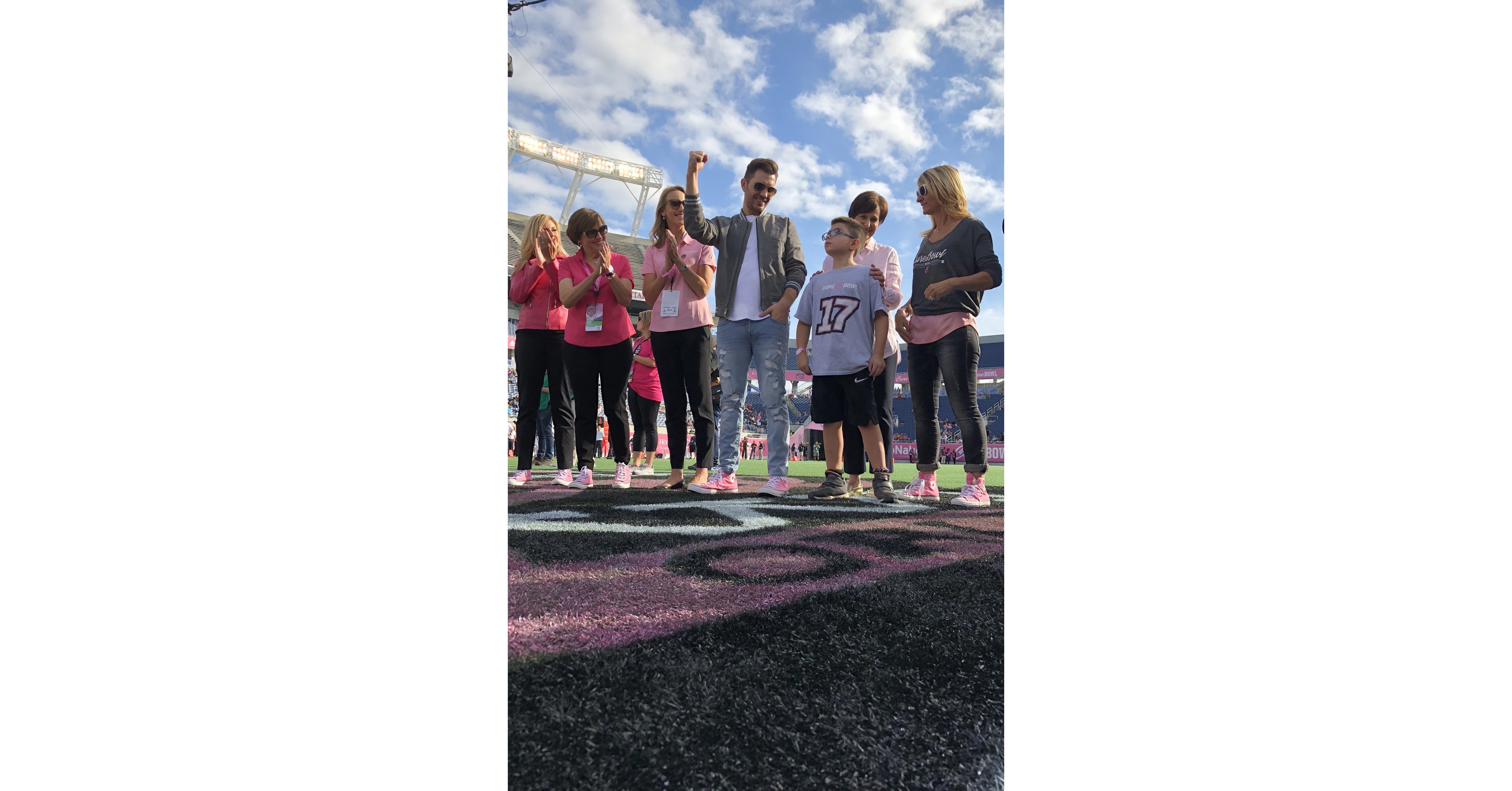 ORLANDO, Fla., Dec. 16, 2017 — AutoNation, Inc. (NYSE: AN), America's largest automotive retailer, along with the Orlando Sports Foundation, presented a check for $3.3 million dollars, representing AutoNation Cure Bowl's three-year cumulative contribution to the Breast Cancer Research Foundation (BCRF). In 2016, AutoNation was named one of America's top 100 Corporate Citizens by Forbes Magazine and Just Capital due to its commitments to community well-being and its fight against cancer.

The check was presented by Cheryl Miller, AutoNation's Executive Vice President and Chief Financial Officer and Alice Jackson BCRF Advisory Board Member, along with Mack Mclaughlin and Alan Gooch, representatives of the Orlando Sports Foundation, to Myra Biblowit, President of the Breast Cancer Research Foundation (BCRF), Co-chairman of the BCRF Board of Directors, Kinga Lampert, and BCRF Board Member, Cindy Citrone at the 2017 AutoNation Cure Bowl at the Camping World Stadium in Orlando, Florida.

Autonation has committed its charitable resources towards cancer research, early detection and prevention. In October, the Company's 27,000 associates participated in the first “DRIVE PINK Across America Day”, in commemoration of Breast Cancer Awareness Month. Associates in all 18 markets from coast to coast assembled and delivered gift bags filled with items designed specially to bring comfort to kids and adults undergoing cancer treatment, all part of the larger “DRIVE PINK” initiative that has raised more than $12 Million to fund cancer-related nonprofits and research into finding a cure.

About the Breast Cancer Research Foundation The Breast Cancer Research Foundation (BCRF) is dedicated to being the end of breast cancer by advancing the world's most promising research. Founded by Evelyn H. Lauder in 1993, BCRF-funded investigators have been deeply involved in every major breakthrough in breast cancer prevention, diagnosis, treatment and survivorship. This year, BCRF will award $59.5 million to support the work of more than 275 scientists at leading medical and academic institutions across 15 countries, making BCRF the largest private funder of breast cancer research worldwide. BCRF is the highest rated breast cancer organization in the U.S.—the only one with an “A+” from CharityWatch and Charity Navigator's highest rating of four stars. Visit www.bcrf.org to learn more.

About AutoNation Cure Bowl The AutoNation Cure Bowl's goal is to bring teams together to find a cure for cancer. This goal became a reality in 2015 when the organization and AutoNation, its title sponsor, presented a record breaking $1.15 million to the Breast Cancer Research Foundation at the inaugural bowl game. This donation is the highest amount given in the history of college football bowls from a single bowl to its cancer research foundation charity partner. This year's game will be played December 16th at Orlando's Camping World Stadium and televised nationwide on CBS Sports Network, at 2:30pm EST.

About AutoNation, Inc. AutoNation, America's largest automotive retailer, through its bold leadership, innovation and its comprehensive brand extensions, is transforming the automotive industry. As of September 30, 2017, AutoNation owned and operated 361 new vehicle franchises from coast to coast. AutoNation has sold over 11 million vehicles, the first automotive retailer to reach this milestone. AutoNation's success is driven by a commitment to delivering a peerless experience through customer-focused sales and service processes. Through its Drive Pink initiative, AutoNation is committed to drive out cancer, create awareness and support critical research. AutoNation continues to be a proud supporter of the Breast Cancer Research Foundation and other cancer-related charities.