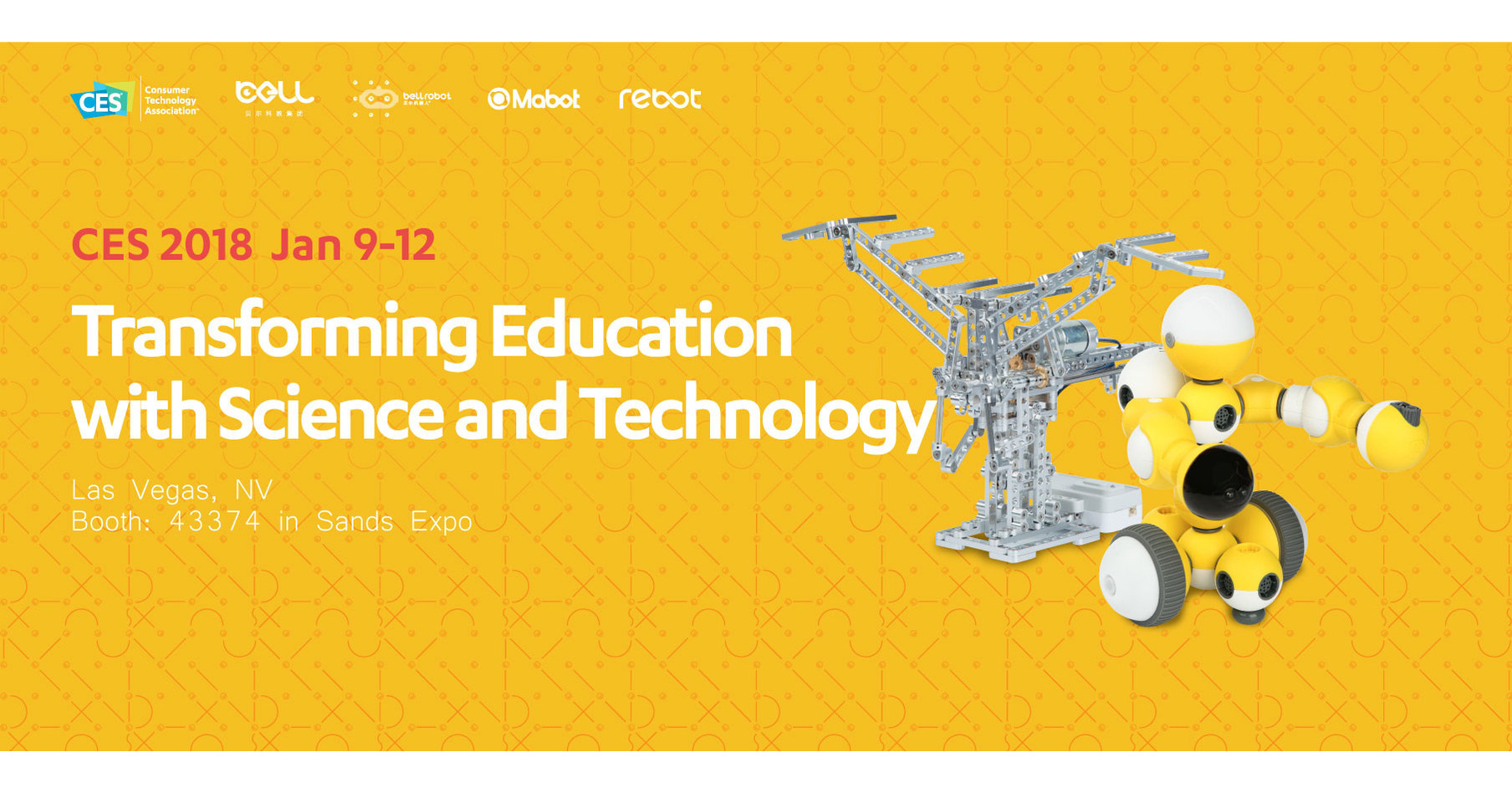 SHENZHEN, China, Jan. 4, 2018 — Bellrobot team at Bell Education Company has announced the launch of their new modular interactive robotics learning kit for kids named Mabot, which was successfully funded on Kickstarter in October 2017. The educational toy is the modular robot kit that allows nearly endless combinations of robot builds that is simple to use, educational and fun for the whole family. The company will be showing off Mabot at the upcoming CES 2018 in Las Vegas, Nevada, from Jan 9-12, 2018. Mabot will be featured at booth number 43374 located at Sands Expo, Level 2, Halls A-D.

The team behind Mabot sought a way to take the love of electronics kids have and turn it into fun, interactive learning that builds problem-solving skills and creativity. The team designed an incredible robotic system that uses modular components to create robots and powered vehicles that can move, sense their surroundings and interact with the environment. Mabot is like a next-generation remote control vehicle – one that utilizes advanced robotic capabilities. Mabot is also compatible with LEGO bricks, so children can expand their robots with their own LEGO toys for an endless combination of creative fun.

Using a series of modular balls that easily connect together, a virtually endless number of robots can be built. Building and modifying robots is fast and simple using hot-plugin, a feature that allows the balls to be connected and disconnected without the need to turn off the power. A battery ball powers other components that drive the robot, sense colors and objects nearby and even pick things up. A brain ball controls it, along with two intuitive apps – the Mabot Go app and the more advanced Mabot IDE app – that make programming fun and easy.

For beginners, the Mabot Go app includes pre-set, step-by-step build instructions for more than 10 robots that guide new builders toward their goal while demonstrating basic coding. Once users are ready to take it to the next level, the advanced Mabot IDE app is used to program the robot for more complicated tasks using coding blocks similar to Blockly. Having two apps creates a pathway to learning for young programmers who can learn and grow at their own pace. Mixing and matching the robotic modules lets kids create robots with different looks, uses and functions.

“As engineers, robotics experts and parents, we realize the importance of raising children with valuable skills for the future. We also know that learning must be fun in order to fully engage kids so Mabot was designed with fun as a first priority and then a learning system that kids love,” says Alvin Wang, CEO of Bell Education Company.

The team behind Mabot is Bell Education Company, a leader in robotic learning curriculums for kids. They developed Mabot in response to feedback from parents and teachers about the difficulty of getting kids interested in STEM learning. STEM is an educational system that emphasizes a holistic approach to science, technology, engineering and mathematics that encourages collaboration, problem solving and creativity in children. This proven approach to learning is vital for early childhood development and results in lifelong skills. Mabot was created as a powerful learning tool for children age six and up to engage kids in a totally new and fun way of learning robotics and programming.

Shenzhen Bell Creative Science and Education Co. Ltd. (Bell Education Company) is the leading robotic and creative science education company in China. The company covers the fields of robotics education, AI device research and development. They are also the parent company of Bellrobot, which has launched the new Mabot. For more information, visit BellRobot.com.