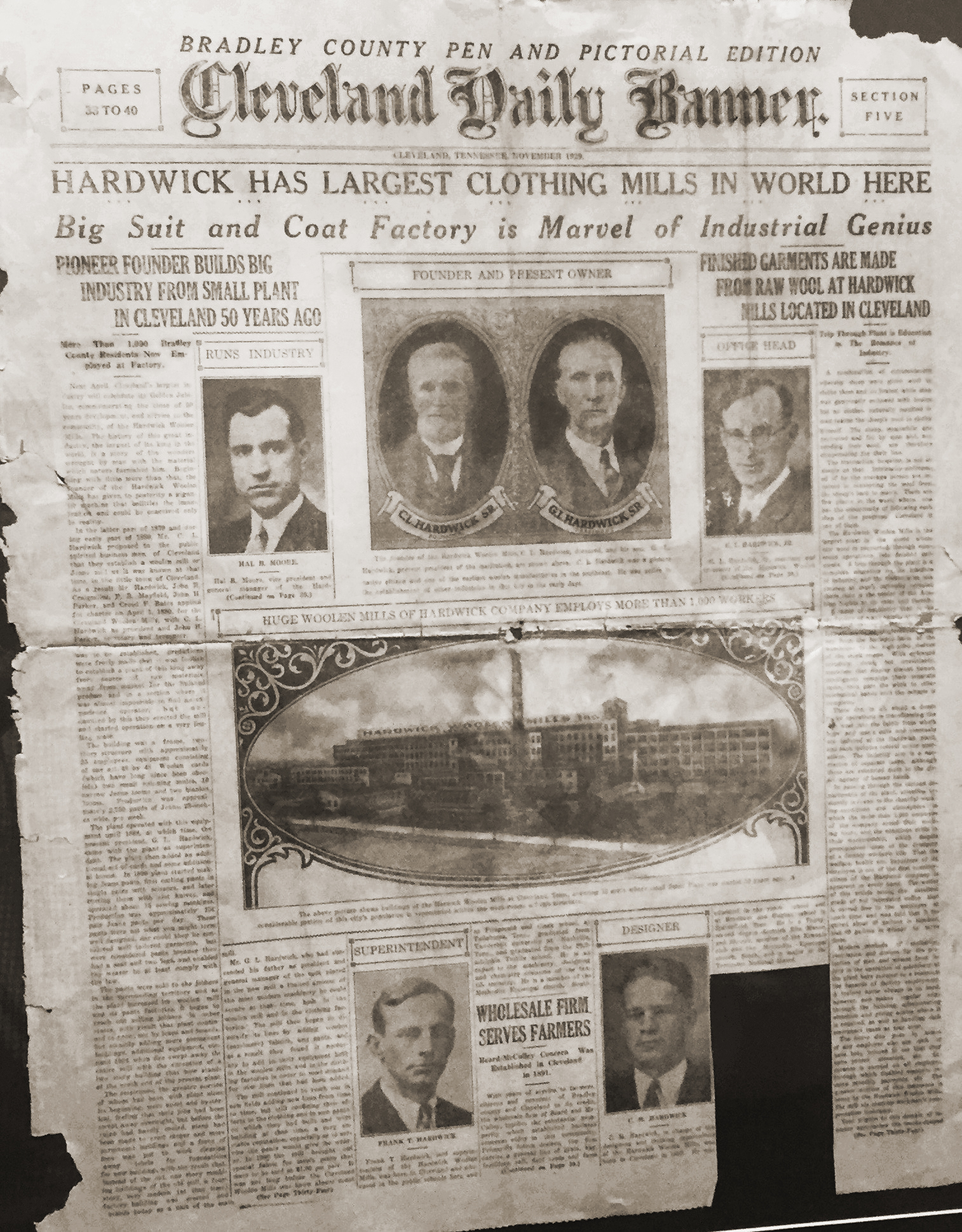 CLEVELAND, Tenn., July 23, 2018 – Hardwick Clothes, on the eve of celebrating their 138th anniversary, calls for tariffs, especially on clothing imported from Mexico and Canada. Allan Jones, Chairman of Jones Capitalcorp, LLC, rescued Hardwick from bankruptcy in 2014, pumping millions of his own money into the venture in an attempt to salvage the company, maintain employment for the company’s 300-plus employees, and keep America’s oldest tailor-made clothing manufacturer in business.

“When the Tariff of 1824 was instituted, the goal was admirable: protect woolen mills in America,” Jones said. He explained that a century later in 1930, Hardwick Woolen Mills in Cleveland, Tennessee, was the largest clothing manufacturer and mill in the world. When the company leadership saw the decline of mills, Hardwick sold the milling business to Burlington Fabrics to concentrate on their tailored clothing.

Unfortunately, Jones said, “While fine woolen fabric mills in America have since ceased to exist, the tariffs have not. Today, manufacturers based on both of America’s borders—Canada and Mexico—pay no tariffs on imported fabrics (which come primarily from Europe), whereas American manufacturers pay a twenty-five percent tariff on the same goods, only to see Canadian and Mexican manufacturers ship their tailored clothing tariff-free to America.”

Though there is a rebate program through the Farm Bill, the construction of the rebate is based on historical purchases—not actual purchases—and goes disproportionately to two manufacturers that receive much more rebate than they have paid in tariffs.

“This isn’t a rebate,” Jones insisted. “It’s a subsidy that places other American clothing manufacturers at a distinct disadvantage.”

One of these disadvantaged is Hardwick, America’s oldest tailor-made clothing company that was founded on July 28, 1880. Jones explained, “The company has survived a mountain of obstacles during its 138-year history, including two major fires, two World Wars, the Great Depression, and even leisure suits! Today, the company is penalized by tariffs on raw materials necessary to manufacture clothing and an unfair, disproportionate rebate subsidizing the company’s competitors.”

In an effort to level the playing field for all, Jones is requesting that during NAFTA negotiations, a tariff of twenty-five percent be placed on all imported tailored clothing—menswear in particular—especially clothing that is imported from Canada and Mexico, and any rebate be based on actual, not historical, purchases. This will allow Hardwick to pay higher wages and allow the company to grow its market.

“After NAFTA, there was a giant sucking sound, with tailored clothing manufacturing moving to Canada and Mexico,” Jones said, “while Hardwick remained an American company. Now, we’re seeking a level playing field. The future of the tailored clothing industry in America depends on it.”

“Trump needs a substantial negotiating tool,” Jones concluded, “and we need to get out of the way and let Trump be Trump. He’ll manhandle these tariffs and bring about a level playing field for all American manufacturers.”