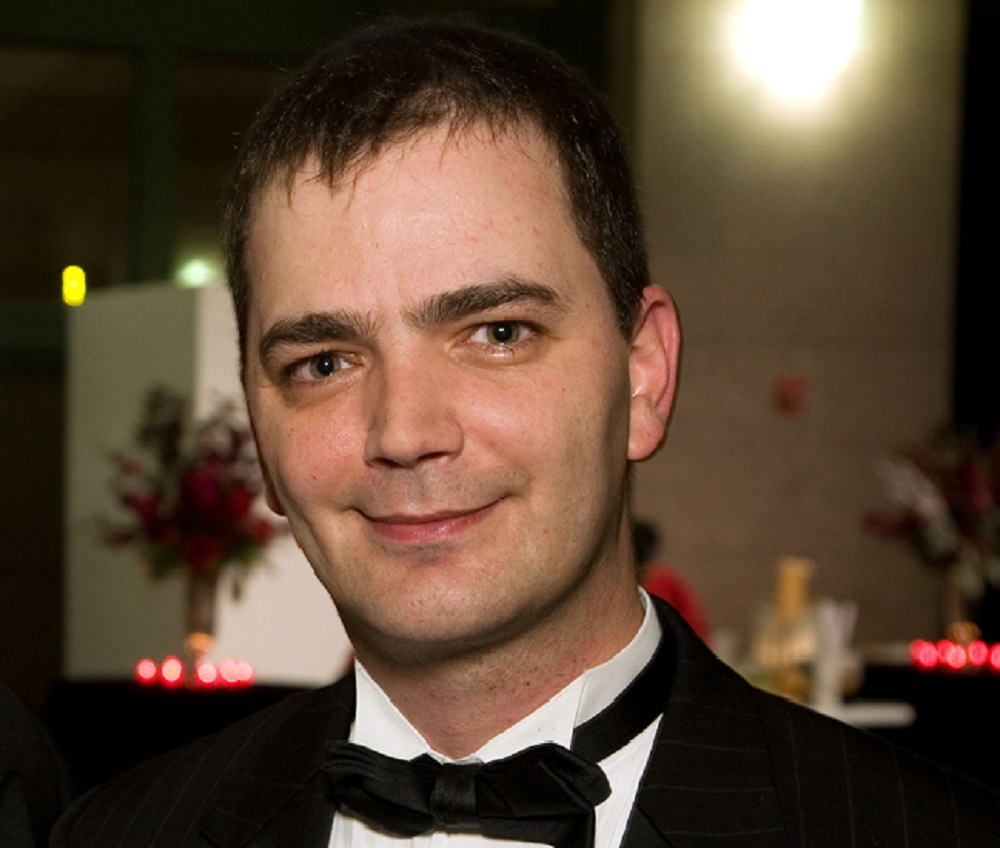 Singer Brian Evans ran for Congress on a platform of medical errors in U.S. hospitals after the death of his mother from knee surgery

HONOLULU, August 13, 2018 – Singer and author Brian Evans won the Republican primary in Hawaii on Saturday, receiving the second-highest amount of votes in the state among Republicans in his attempt to unseat Congresswoman Tulsi Gabbard.

“I have read national media reports about how I am going to be facing Tulsi Gabbard in the November elections, but let's face it, Tulsi Gabbard doesn't face anyone,” said Evans.

Gabbard, who has served since 2012, has refused to debate anyone who has challenged her in her own party, which has angered Democratic challengers. Former President Barack Obama, arguably the most famous Democratic president in the world, refused to endorse her candidacy for re-election, despite endorsing virtually every other Democrat during the primary.

According to a recent John Hopkins University study, between 250,000 and 440,000 Americans die, every year, due to medical errors in this country.

Nominee for U.S. Congress in Hawaii

“What does that tell you when Barack Obama, born in Hawaii, has not endorsed her re-election bid?”

Evans says he's not frustrated by Tulsi Gabbard's refusal to participate in debates, believing it just shows who the candidate really is to voters.

“What is democratic about a politician who believes she has every election so in the bag that she doesn't need to address real concerns about her judgment?” says Evans. “She once said it was a duty to debate until it came time for her to debate. They are of the mindset that they need not answer to anybody,” says Evans. “While people are working two to three jobs just to pay their rent, Tulsi Gabbard is signing book deals and enriching herself, thanks to the voters.”

Evans, who ran as a moderate Republican, supports the second amendment and repealing The Jones Act, which he believes is “killing Hawaii.”

“There is a reason your groceries cost so much. When politicians like Tulsi Gabbard cross the line from politician to celebrity, ego takes over, which is where her refusal to debate has come into play,” says Evans.

Where Evans is different is that he is openly gay and is pro-choice, something most Republicans may not embrace.

“Let's face it, if Republicans were as intolerant as the nation has been led to believe, I wouldn't be the nominee,” he says. “Tulsi Gabbard has referred to proponents of gay marriage as 'homosexual extremists.' She only became pro-gay when she needed our communities' votes, and it's time to give them a wake-up call. She is more conservative than I am, and I'm the one running as the Republican. Voters need to look at the name and who the person is next to that 'D,' and not just vote among party lines if that person really isn't of that party.”

Evans himself has received three commendations from the current and past two governors of Hawaii, both Republican (Linda Lingle) and the last two Democratic governors, for his successful “Maui Celebrity Series” concert series. Former President Barack Obama recently sent Evans a letter congratulating him on his work on the music video “At Fenway,” which was added to the National Baseball Hall of Fame and called a “part of the culture of Boston” by former Secretary of State John Kerry.

“If anyone has any doubt about my ability to deal with politics, try jumping through the hoops of both Major League Baseball and Universal Studios,” laughs Evans, who is the only singer ever to shoot a music video at The Bates Motel, the legendary film set for the Alfred Hitchcock thriller “Psycho,” as well as his iconic music video “At Fenway,” which has received millions of views on YouTube. Evans is also the only singer ever to record a live CD at the Las Vegas staple “The Desert Inn,” once home to Frank Sinatra.

Evans began his journey in politics following the death of his mother after she had knee surgery in a Massachusetts hospital. Knowing his mother had sleep apnea, she was put in an un-monitored recovery room and died.

“According to a recent John Hopkins University study, between 250,000 and 440,000 Americans die, every year, due to medical errors in this country. This is a crisis that not one politician, including Tulsi Gabbard, has had the courage to take on. Then you have ratings organizations, like LeapFrog Group, who rate hospitals they've never stepped foot into. The hospitals then have the audacity to use that rating in the advertising of the hospital, giving citizens the false impression that the hospital is safer than it actually is. These rating organizations have never stepped foot into the hospitals they rate, and that's fraud that Tulsi Gabbard doesn't seem to care about.”

Hospital lobbyists have been fighting with the Center for Disease Control so that “medical errors” are not listed as an official cause of death on the CDC's annual “Top causes of death” list.

“They would be No. 1, every year. It doesn't matter what insurance coverage you have if you're not going to walk out of the hospital,” says Evans.

“Tulsi Gabbard is not who you think she is,” says Evans. “Her public persona has been molded very carefully, which is why they never risk debating anyone who can get in her way of her higher political plans. Make no mistake, Congress is just a stepping stone for her camp. While I appreciate goals, real people and real lives are counting on politicians to do more than pop balloons after an election win. She's rich, while you can't afford your groceries, and how many times will you re-elect her before you see that in your life, not a thing has changed.”

Evans is hopeful that Hawaii media will pay attention to other candidates, not just the marquee names.

“Take me serious, because I'm just getting started,” says Evans. “If you haven't experienced the reasons you're running, you shouldn't be running. Tulsi Gabbard doesn't feel your pain, because she's never experienced yours. She doesn't know what it's like to be hungry, or broke, or desperate.”

Evans contends that he is a more middle-of-the-road candidate than his opponent, but far more serious about helping those who live in Hawaii, especially their health care and the state's lack of mental health professionals.

“Too many kids can't wait to graduate college in this state so that they can leave Hawaii because of how expensive it is,” says Evans. “Seventy-six percent of Hawaii voters said Tulsi Gabbard should have debated her own party's opponents during the primary, so re-direct those votes to my campaign and we will send the message to all politicians that they aren't better than us, and they aren't above answering the questions of those who want to debate their positions. If you supported a different Democrat during the primary, here is your opportunity to re-direct that anger into something positive, which is my campaign.

Evans, who continues to perform concerts, next performs at The Larcom Theatre in Beverly, Massachusetts, alongside comedian Jamie Kennedy in a co-billed event on Nov. 24. His latest book “Horroscope III” will be released this year, as will his next full-length album. He will perform a concert on Maui this year. Evans was previously the opening act for comedian Joan Rivers, who also died from medical negligence.

Evans will donate half his salary as a congressman to charity, should he be elected.

“I'd like to be the politician who literally puts his money where his mouth is. Being a congressman isn't supposed to be a career, it's supposed to be to stand up for those who can't. For too long, Hawaii has not had a voice. If I sound cynical, then ask yourself this question: If you elect me to Congress, isn't it my job to be cynical?”