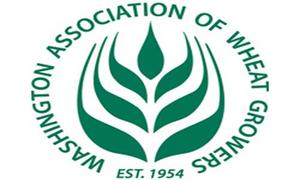 SPOKANE, WA, November 04, 2017 — The Washington wheat industry urges its Congressional delegation to communicate to the highest levels of government that renegotiation of existing trade agreements, “do no harm” to agricultural exports.

The Washington Grain Commission and the Washington Association of Wheat Growers called trade the “lifeblood” of Eastern Washington farmers and warned of fallout if the international commerce is jeopardized.

Mike Miller, chairman of the WGC said, “For the last 60 years, our two organizations have worked tirelessly to promote our wheat including the flagship soft white wheat class to customers throughout the world. Today, nearly 90 percent of the wheat produced in Eastern Washington heads overseas to some of America's most important allies. The Philippines, Japan and Korea are the Pacific Northwest's top three purchasers. While trade uncertainty clouds our farmers' future, it is equally unsettling for our reliable customers who depend on the quality of Pacific Northwest soft white wheat.”

One of President Trump's first acts in office was to pull out of the Trans Pacific Partnership. The 12 nation trade treaty would have given the U.S. wheat industry additional access to markets and created a level playing field amidst increasing competition. The other 11 countries are moving forward with the trade deal including major wheat export competitors. Renegotiating our most recent Korean Free Trade Act is also inching forward. The North American Free Trade Agreement between the U.S., Canada and Mexico is currently in the midst of renegotiation.

While Mexico purchases much less soft white wheat than other classes, the country was the No. 1 buyer of wheat from the U.S. in the 2016/17 marketing year, taking 12 percent of U.S. exports. Before NAFTA went into effect in 1994, Mexico was importing less than 30 million bushels of U.S. wheat. In the 2016/17 marketing year more than 121 million bushels were exported there.

“The wheat industry is fond of using the expression, 'a rising tide lifts all boats' as a way to describe how wheat exports among any growing region in the U.S. helps prices for everyone. But an ebbing tide also affects everyone. If Mexico were to retreat from buying tariff-free U.S. wheat, it would badly injure farmers and regional wheat economies as tariffs on U.S. wheat would rise,” said Ben Adams, president of the Washington Association of Wheat Growers.

Miller said foreign markets are needed for farms to stay in business–Mexico included.

“The world is awash in wheat and the rest of the world is gunning for our markets. If Mexico encourages purchasing from other origins because of a new agreement or even anticipation of renegotiating an agreement, they will have no shortage of nations willing to fill the void. The slightest crack in the door has the potential for long-term damage,” states Miller.