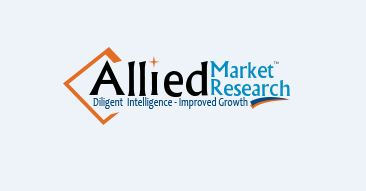 Global automated fare collection system market is estimated to reach $10.1 billion, at a prominent CAGR of 13.2% from 2016 to 2022, according to a new report by published by Allied Market Research. The smart card segment accounted for around 41.4% of revenue share in 2015, and the market is expected to grow with a promising CAGR of 12.9% during the forecast period, owing to the increasing application of smart cards in bus, train and toll fare collection. North America and Europe collectively accounted for over 63% of the market share in 2015.

An automated fare collection system has various software enabled features including Oracle, Sybase support, support multitier architecture, and XML web services. Fare collection technology platforms such as Smart cards, NFC and OCR systems ensures full interoperability and independence of service providers. Factors such as increase in demand for smartphones, enhanced efficiency, reduced frauds, flexible fare plans, and enhanced security system strengthen the growth of this market. In addition, the government of India, China, and others are focusing on enriching the transport infrastructure and security system, which further drives the growth of the market. However, high installation and maintenance costs of automated fare collection system hinder the market growth. Opportunities such as increase in high speed of public transport, rise of technology payment, and global interoperability are likely to foster market growth.

– The smart card segment is expected to maintain its foothold in the market throughout the forecast period; however, the NFC payment segment is estimated to be the fastest growing segment.

– The usage of ACFS in bus and trains, led the market, together accounting for more than half of the market revenue in 2015.